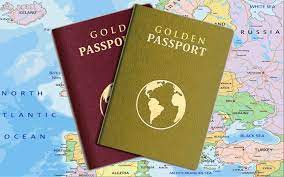 State agency for National Security (SANS) is checking 47 “golden passports” on a signal from the Ministry of Justice, there are 5 cases of serious violations. This was announced yesterday by the Minister of Justice Nadezhda Yordanova on TV 1.

She added that the inspection is currently underway.

The Minister commented that the signal submitted by the Movement for Rights and Freedoms on the procedures for obtaining the so-called “golden passports” was late. She added that in the summer of last year the caretaker Minister of Justice Prof. Yanaki Stoilov sent a letter to SANS for 47 cases for which there are suspicions of violations of the law.

In practice, these are more than half of all procedures that ended with the “golden passport” decree from 2013, when this legal possibility came into force in our country, she said.

“These are cases in which Bulgarian citizenship has been acquired against allegations that the applicants have made serious investments in the country. However, very disturbing data have been established. For example, investments in securities have been requested, which then quickly change hands. A vicious system for the transfer of funds has also been detected “, Yordanova said.

She reminded that the Ministry of Justice has drafted a bill for the abolition of investment citizenship, which is expected to be considered at the next meeting of the Council of Ministers.