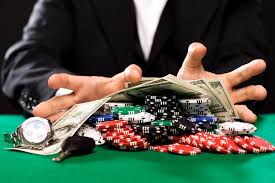 The majority of retail gaming venues in Bulgaria could have to close down as a result of a new government bill that has been introduced in the country, it has been claimed.

Bulgaria’s National Assembly saw a bill recently submitted that would result in only a limited number of integrated casino resorts being able to stay open.

This would mean that all other gaming halls would have to close, with the Bulgarian Gambling Association (BGA) hitting out against the proposal, which it says could cost 30,000 job losses. What is going to happen next for the gambling industry in Bulgaria because of this move?

A potential rise in unregulated gambling

While a lot of countries are seeking to loosen gambling rules and regulations to raise money through taxation, Bulgaria seems to be going down the opposite road. MP Valeri Simeonov, who represents the National Front for Salvation Party and is one of the co-leaders of the party, put forward the bill and said he expected it to receive support.

But this bill could drive players online in search of their gambling fix. Many real money casinos offer games on such slots as Wild Tome of The Woods, a Quickspin title that gives players the chance to win up to 1,000x their stake and boasts a return to player in excess of 96 per cent.

Under the plan that was put forward by Simeonov in the summer, as many as 600 gambling halls and casino venues in Bulgaria would have to shut before the year 2025.

The proposal would permit only 10 casinos in Bulgaria to remain open and they would all have to be based a short distance from the country’s borders, as well as being hosted at luxury hotels. This would clearly have a devastating impact on the casino industry in Bulgaria, with Angel Iribozov – the chief executive of the BGA – hitting out against the proposals from the MP.

He said in a statement that the proposal from Simeonov should be the subject of “broad public discussion” before a decision is made on whether or not to close down Bulgarian venues.

According to Iribozov, there needs to be talks on what these changes would mean for the state budget, as well as the impact on the gambling industry in Bulgaria as a whole.

“The bill proposed by MP Valeri Simeonov and a group of MPs will put an end to the competitive conditions for the development of a regulated gambling business in the Republic of Bulgaria,” he said in a strongly worded rebuttal to the proposal.

“It reinforces the feeling of bias and deterioration of the competitive environment, business initiative and the creation of privileges for some businesses at the expense of others – including the state.”

Of course, 2020 has already been an extremely difficult year for casinos in Bulgaria, which were forced to close their doors, like many businesses, due to the coronavirus crisis.

While they were given the green light to reopen in June – Bulgaria has coped with the pandemic better than most countries, with under 1,000 deaths so far – their days could now be numbered.

It has also been suggested by the GERB party that regulation of the gambling industry in Bulgaria ought to be revamped, with a new state regulator – which would be independent of the Ministry of Finance – set up.

Bulgaria’s State Gambling Commission (SGC) is going through a turbulent time after its head Alexander Georgiev was arrested earlier in the year. Georgiev was held by police as part of an investigation that was ongoing into Vasil Bozhkov – one of Bulgaria’s top gambling businessmen.

Bozhkov saw his Eurofootball business stripped of its licence by the SGC, while he was also arrested on charges related to crimes including attempted bribery and tax fraud.

With the BGA claiming 75 per cent of Bulgaria’s casinos and gambling halls would have to close if Simeonov’s proposals were to become law, 2020 could yet get worse for the casino sector.

Simeonov said outright that his plan was a continuation of the battle with Bozhkov, but other businesses might well end up being caught up in the crossfire in the coming weeks and months.