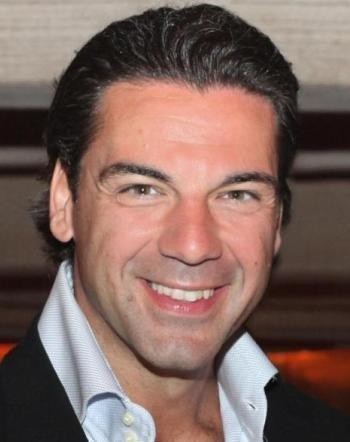 The Managing Partner of BC Partners speaking to “Capital”

Nikos Stathopoulos is Managing Partner in the BC Partners fund, which is a majority shareholder in United Group, the company that acquired BTC in Bulgaria and the media group around NOVA TV. The London-based fund BC Partners manages assets worth more than 23 billion EUR in Europe and the US.

For a combination of reasons. I usually like to say that we invest in companies, not in countries. However, when you invest somewhere, you cannot ignore the situation in the country. Bulgaria is proving to be one of the most stable economies in Europe currently, as well as one of the fastest growing. Bulgaria’s GDP grew by about 3-4% before the COVID crisis, which was one of the highest values. At the same time, other indicators – such as unemployment, is also around 5%, which is again one of the lowest values ​​in Europe. The level of corporate taxes in Bulgaria is about 10%, which is the lowest value in Europe. The debt-to-GDP ratio is also one of the lowest. So, from a macroeconomic point of view, Bulgaria actually seems to be on standing on a very good basis…

Besides the economy, it is very important for us that in Bulgaria, we have found many smart and well-educated people, especially in the IT sector, where there are many competent experts. We have been really impressed by the abilities of these people and United Group is planning to use Bulgaria as a regional hub in terms of the technological side of our business.

For us, the investment here was a very good opportunity to expand our activities in an EU country, which, among other things, has a very stable outlook…

Do you think that telecoms are immune to the crisis?

Telecoms have always been a very sustainable sector. Part of the reason for this is in their business model, which is largely based on subscriptions. In such a situation, it is very difficult to give up your phone or, for example, in the case of the media, to give up your paid services. This means that it is difficult to have serious unpredictability in this sector. No one will terminate their subscription to Netflix now because we are locked up at home and one of the few things we can do is watch TV. Telecoms also generate a lot of cash, which from the investor’s point of view also helps a lot. These are the reasons why we invest in this sector not only in Bulgaria but also around the world.

Besides telecoms, you also invest a lot in the media. What is the relationship between the two sectors?

We have the feeling that individually these businesses will not be as successful as if they were together. Some people see telecoms only as a means of distribution, only as a “pipe”. Some people see the media only as content. We believe we should have both sides. United Group has actually proven to be a company that is both at the same time. In this situation, you have the best of both worlds – the possibilities for distribution of telecoms and the production of content by the media. I think that in order to be a really successful telecom operator, you have to have a media part and that means producing content, especially local content, which you have the opportunity to distribute in many directions.

How do you think this synergy will change television? What do you think about the predictions that TV may disappear in, say, five years?

I don’t think television will disappear. I think it will remain a very attractive medium. I think content delivery will be done in many other ways, including digitally. But it will be difficult for television to cease to exist, because watching a big screen is an experience for people, which is very different from watching on a laptop, tablet or mobile phone. However, the television industry will have to adapt seriously – it will not cease to exist, but will evolve. We are already seeing this trend in linear and on demand television. However, there are also types of content that happen in real time and need to be broadcast in real time. Sports for example. They are types of content that cannot be viewed over time. If I watch a football match two hours after it was broadcast, I will already know the result and probably also know at what minute the goal was scored. This will significantly reduce the excitement.

What are your plans for United Group? How will the business develop over the next three years and do you have plans for expansion in Bulgaria or in the region?

The history of United Group shows that it is a strong consolidator in the region of Southeast Europe. Twenty years ago, the group acquired nearly 100 companies, most of them small, and managed to integrate them into the business. Following the acquisition of United Group [by BC Partners], the company bought four more companies, two in Bulgaria, one in Croatia and one in Greece. We will continue to consolidate the market. Our vision is to grow geographically, although I’m not sure if there are more places to cover geographically in the region. But we will do more consolidations in specific markets. We will look to acquire assets in markets where we already have a presence, including Bulgaria.

What is the exit strategy of BC Partners from United Group?

The strategy for United Group would most likely be an IPO on the European stock market. Which means that United Group will always be a strategic investor in every country where it operates and for every company it owns. I believe that the ultimate owner will most likely be the public market and will include institutional as well as individual investors who will want to have a presence in leading media and telecom companies in the region. This is the way we approach each acquisition. No matter who the next potential owner of United Group is, the company will always be the strategic shareholder in the companies it owns. For example, United Group will be the owner of VIVACOM and NOVA, regardless of who will be the ultimate owner of the group.

United Group concentrates an unprecedented number of media assets in Bulgaria, which raises concerns. What guarantees can you give for the fact that the journalists in them will be able to work freely and independently, so that the public interest is protected?

On other markets, both in Europe and abroad, where we have media, we have proven that we adhere to the highest corporate standards. This applies to both United Group and BC Partners as a major shareholder in the Group. Our investors are among the best, largest and most respected institutions in the world and they expect us to operate to the highest standards. United Group and its media unit, United Media, are actually doing it – working to the highest standards of independent journalism. Bulgaria is not the only country where we have media. United Media and news outlets operate with full autonomy, and the company has an editorial policy that protects independent journalism.

This is a very important topic so that journalism can continue to maintain freedom of speech and independence. United Media has an editorial board based in Luxembourg, which monitors all media, checks whether journalists are investigating properly and impartially. For us, this is the best way to preserve the independence of journalists.

What kind of people are part of this council?

These are international, very experienced media professionals who have worked in other media in the UK or for example RTL in Germany.

One of your acquisitions in Bulgaria, which attracted attention, was the deal for the newspapers, previously owned by Delyan Peevski. Why did you acquire them, given that from a business point of view, there is no logic in this?

Many people believe that the print media business is shrinking, and this is the case in most European markets. The truth is that we see newspapers as an opportunity for local content, including in the case of the Telegraph. “Telegraph” was the missing part of the puzzle to own a 360-degree media business in Bulgaria, and besides, it is clear to everyone that this is a very strong brand. Owning newspapers allows us to offer a full package of media services in Bulgaria. The print media will not remain on paper forever. Our strategy is to expand Telegraf’s business in a digital environment and to strengthen our digital portfolio in Bulgaria. We believe that newspapers still have a place on the media scene and we hope to be able to prove it in Bulgaria as well.

When the deal was announced in a press release from United Group, its headline was that United Group has “agreed” to buy the newspapers. Whose proposal did you agree to?

It is written in an absolutely figurative way. That was part of the deal. As I said, this was the missing part to have a full media package in Bulgaria. Our goal is to import as many advanced technologies as possible and to have our own content to distribute. Newspapers are one of the channels to make this happen, along with digital channels, television and telecoms. But figuratively speaking, no one made us do anything.

What is the price of the newspapers?

I can’t say. Because it was not separate, but an amalgam of things in which we invest.

How is the deal for football-related “Inter” going?

I can’t disclose many details. But in this case, there is not so much interest specifically in “Inter”, but in general in sports. In our BC Partners fund, we look at sports as another area in which we talk about distributing unique content. Which, if you distribute it through different channels, you can monetize further. In short, we are still negotiating for Inter, but I cannot predict how everything will end.