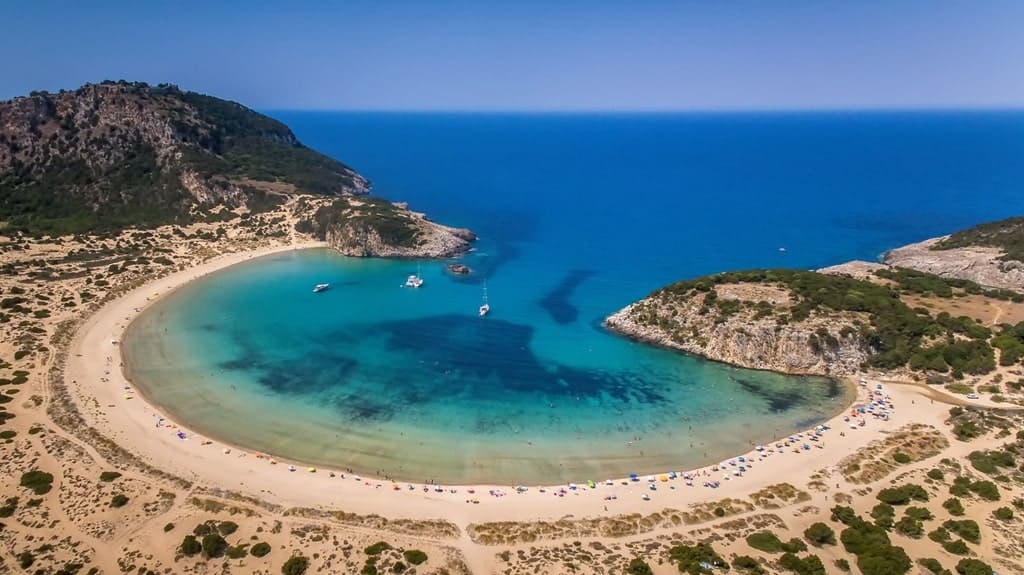 Russian tourists, it seems, will be avoiding beaches in Greece and Bulgaria this year. Our take is that the epidemiological situation surely cannot be the excuse and that the Kremlin has decided which countries to reward with tourists and which to punish.

And the numbers are not negligible. In 2019, Greece received more than 500,000 Russian tourists. In Bulgaria, the official figure for the same year was 450,116. Last year, a COVID nightmare everywhere, doesn’t really count.

But, while vaccination has now rapidly progressed and the epidemiological situation has greatly improved, the number of Russian tourists in Bulgaria and Greece remains extremely low.

Here, it is important to add that their arrivals mostly depend on the availability of relatively cheap charter flights, and therein is the rub.

In the case of Greece, EURACTIV obtained a letter sent in April by Russia’s ministry of transport to the Greek civil aviation authority refusing a Greek request to allow its two main airlines, Aegean and Ellinair, to fly between the two countries.

In the case of Bulgaria, there are essentially no Russian holidaymakers this year, after the Russian tour operator TEZ canceled all charter flights to Burgas and Varna for the summer.

Stopping the flows of hundreds of thousands of tourists is as simple as that. We saw the same scenario after the downing of a Russian military jet by Turkey in 2015, when the flow of Russian tourists was suddenly diverted from Turkey to Egypt.

Now the downed jet is forgotten, Putin and Erdogan are friends, and Russian tourists are flocking to Turkey, where the epidemiological situation, by the way, is significantly worse than in Bulgaria and worse than in Greece.

In fact, case numbers suggest Russian tourists would undoubtedly be much safer from the virus in Bulgaria and Greece  – countries which would be only too happy to receive them – than in their own country. But, this summer at least, it was just not meant to be.

On 24 May, Greek Foreign Minister Nikos Dendias met with his Russian counterpart Sergei Lavrov in Sochi. It’s unclear whether they discussed tourism and charter flights, but Dendias afterwards extended a warm welcome to Russian tourists to his country.

As a mark of goodwill, Greece said it would recognise vaccination with the Russian-developed Sputnik V vaccine when granting privileges to vaccinated tourists, despite not giving the jab, which is yet to be approved by the European Medicines Agency (EMA) to its own citizens.

Bulgaria too has pledged to treat Russian tourists vaccinated with Sputnik V the same as those from other countries immunised with the EMA-approved jabs. Meanwhile, officials said they would try to fill the gap left by the absence of Russians by attracting more visitors from Ukraine.

Approached for comment, Russia’s ambassador to the EU, Vladimir Chizhov, forcefully denied to EURACTIV that there was any political background behind the absence of Russian tourists on Greek and Bulgarian beaches this summer.

“I would warn journalists against the temptation to try to find a black cat in a dark room,” Chizhov said in a written statement.

He added that the Russian aviation authorities were keeping contact with their counterparts from EU member states and that decisions on setting up or changing routes of certain flights were taken “in full compliance with current aviation rules and procedures, as well as sanitary requirements of all countries participating in the process”.

Chizhov dismissed as speculation claims that his country was using international air transport for political bargaining, or even blackmail.

He could be right and we could be wrong. Yet if deliberate, it would be far from the first time this kind of “human bomb” had been used against the Balkan region.

While Erdogan dangles the threat of unleashing crowds of new migrant arrivals more discretely, Putin plays with the levers he has: stopping the gas in winter, and stopping tourists in summer. And yes, we are aware that Russia plausibly denies doing so for political reasons.

And where is the EU in all this, you might ask? Officially, at least, this is not an item on the EU agenda. Neither Sofia nor Athens are raising the issue. For the time being.