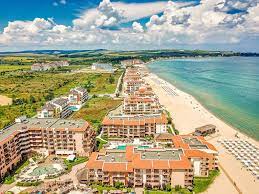 In August 2019, the number of trips of Bulgarian citizens abroad decreased slightly from the record high in July, but the visits of foreigners to our country reached a new historical peak, data from the National Statistical Institute (NSI) show.

The August trips of Bulgarians abroad for the purpose of rest and excursion amount to 45.7% of the total share, followed by trips for other purposes (visiting, training, attending cultural and sporting events) – 40.3%, while trips for business purposes they account for 14.0% of their total.

At the same time, the number of foreign visitors to Bulgaria increased by 3.8% in August compared to a year earlier, reaching a record 2.3252 million, thus exceeding the previous historical peak of 2.2402 million, reported at the end of the summer tourist season. last year (in August 2018).

Visits of foreigners to our country for the purpose of rest and excursion increased in August by 7.6% on an annual basis.

The share of EU citizens from the total number of foreigners who visited our country last month reached 62.1%, or 3.6% more than in the eighth month of 2018.

In August 2018, the share of visits to Bulgaria for rest and excursion purposes prevailed – 56.8%, followed by visits for other purposes – 35.8% and those for business purposes – 7.4%.

The NSI’s strong data for August shows that the start of this summer’s slightly off-peak tourist season seems to have been saved at its end.