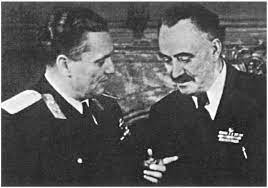 On this day 75 years ago, one of the biggest betrayals of the Bulgarian Communist Party against the Bulgarian nation and state was committed. A Plenum of the Central Committee of the Bulgarian Workers’ Party (Communists) passed a Resolution for granting cultural autonomy to Pirin Macedonia.

The Macedonianization of Pirin Macedonia is a process in which the communist authorities in Bulgaria and Yugoslavia pursue a policy of imposing Macedonian national self-consciousness on the Bulgarians in this part of Bulgaria. According to historical facts, the Macedonians are a Bulgarian ethnographic group with a strong regional identity. There were no registered ethnic Macedonians in the censuses before the communists came to power, but that changed in the period from 1946 to 1956 when suddenly 178,862 ethnic Macedonians appeared in Pirin Macedonia according to the last census.

The process of Macedonianization of Pirin Macedonia is carried out in order to change the national consciousness of the Bulgarian population in that part of Bulgaria and is part of the so-called idea of ​​a Balkan federation.
After the open conflict between Tito and Stalin in 1948, the idea of ​​a Balkan federation failed.
The policy for the so-called cultural autonomy was partially abandoned by the BKP, which at the time played the role of the Comintern and the Kremlin.