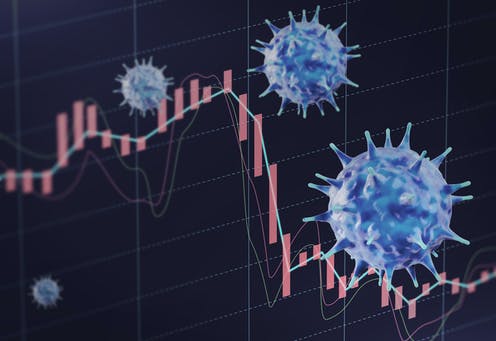 The Covid-19 pandemic has triggered an unprecedented crisis around the world, even more severe than the financial and economic crisis of 2008. This has led governments to act vigorously since spring 2020 to mitigate the effects.

This year, the economic horizon remains in the clouds and most countries have announced new incentives or an extension of programmes already in action to support business and households, BTA writes.

Europe’s largest economy announced at the beginning of the month an extension of tax breaks worth over €11 billion. The generosity of the German state, which just a year ago kept its bills always “on the green,” is dictated by the need for new stimulus for the economy because retail outlets and other businesses remain closed.

Germany must for a long time repeal the rule of not allowing government debt in order not to impede recovery after the Covid-19 pandemic. That’s what Chancellor Angela Merkel’s chief of staff, Helge Brown, insisted on at the end of January.

A sustained refusal to reduce deficits is a “strategic solution for economic revival,” and it also provides a reliable framework for investment, Brown added. This will allow social deductions and taxes not to be raised until the end of 2023, according to the expert from Merkel’s close circle.

In exceptional circumstances, such as the current ones, the government may ask the Chamber of Deputies for permission to exceed this threshold. This is exactly what happened in June last year, when the country began implementing a €130 billion plan to invest in the future and revive consumption.

Germany’s federal finance minister, Olaf Scholz, confirmed on several occasions that the Covid-19 pandemic had not hit the country’s economy as hard as previously expected. GDP shrank by 5 per cent in 2020, while forecasts were for 5.7 per cent.

Bank of England has backed major UK credit institutions, including HSBC and Barclays, so they can continue to support the economy through the pandemic.

In 2020, the UK Central Bank has allowed commercial banks to continue lending to businesses after the economy fell into its worst recession in 300 years because of quarantine measures imposed to combat the pandemic.

Canada’s central bank said it would leave its headline interest rate at 0.25 per cent and stressed that the expansion of the pandemic had halted the restart of the country’s economy. The new waves of the virus have forced governments to implement new measures to control its spread. However, vaccinations, budgetary and monetary measures taken to support business have improved economic growth prospects in the medium term, according to Canada’s financial regulator. He added that at the end of last year, hopes for a quick revival were very strong, but the surge in the number of infected has dampened the prospects.

In the US, President Joe Biden’s new administration continues to work hard to push through the new .9 trillion package of measures to support millions of Americans and businesses.

Just over a month ago, the managing director of the International Monetary Fund (IMF), Kristalina Georgieva, urged politicians around the world to spend more to support the  economy blocked by new restrictions and quarantine measures in a bid to contain the new coronavirus.

IMF chief urged stronger international cooperation which is already seen in the quest to provide vaccines against coronavirus, and in pursuit of the goal of digital and “green economy” growth.

According to the Fund’s experts, coordinated G20 fiscal stimulus in the area of green infrastructure would lead to economic growth boost at up to two-thirds stronger than if each country acted alone.

After the pandemic, we should not go back to 2019 level, but build the economy of tomorrow. Our task is to take a step forward in assessing the quality of growth, Georgieva noted.

The generosity of state treasuries aims first to save the economy and revive it as “greener” in a world facing new and serious challenges for both business and people’s health.

Bulgaria, whose gross external debt, according to BNB data, is EUR 903 million, or 66.8 percent of GDP, is well positioned to meet the imperatives of the crisis caused by the pandemic of the novel coronavirus.

The European Commission expects in its new winter interim forecasts that our country’s real GDP growth will reach 2.7 percent in 2021, before accelerating to 4.9 percent in 2022 thanks to strong domestic demand and more dynamic exports, BTA also reminds.