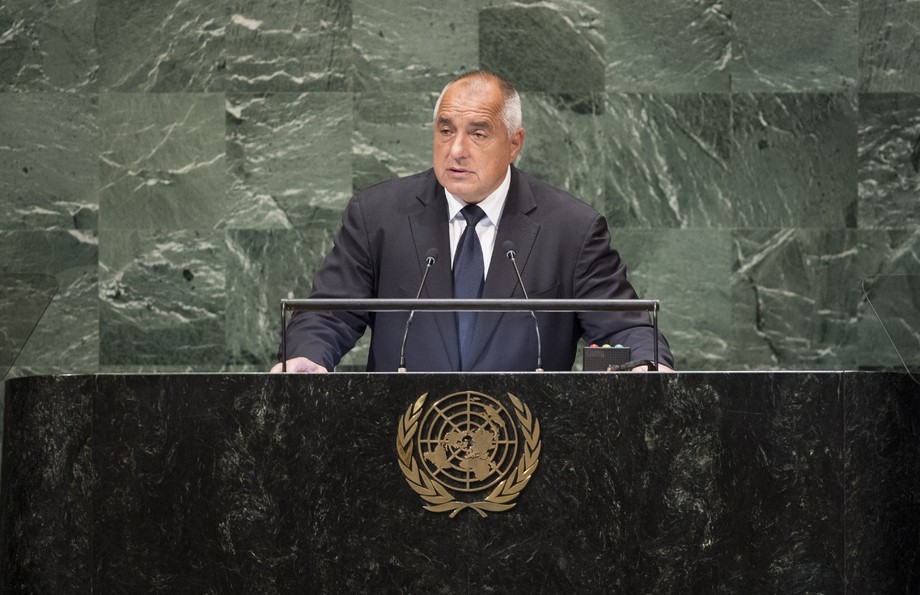 Bulgaria seeks to improve its education and health care, but poverty and social exclusion are a problem for the country. This was stated by Prime Minister Boyko Borissov during the Summit for Sustainable Development, which is being held days before the start of the 75th regular session of the UN General Assembly. Due to the Covid-19 pandemic, this year’s General Assembly is being held online.

“The agenda we have drawn together for sustainable development until 2030 is particularly important for Bulgaria as a key to tackling inequalities and a way to achieve a prosperous and peaceful society,” Borissov said during his speech.

In front of the world leaders, the Bulgarian Prime Minister stressed that since the adoption in 2015 of the 17 UN Sustainable Development Goals, the member states have made a long-term commitment to achieving them. These include poverty eradication, economic development, reducing inequalities, quality education, peace and justice.

“We have only 10 years left to implement them and a full mobilization of the international community is needed,” said Borissov. He stressed that due to the COVID-19 pandemic, there is a lag in the implementation of goals, with exacerbated social inequalities, poverty and the serious consequences of climate change coming to the fore.

“The COVID-19 pandemic has clearly shown that the 2030 Agenda is more important than ever. The announced Decade of Action will also be a Decade of Recovery with a focus on development goals,” he said. He was adamant that the pandemic had also shown that no country could cope with the consequences alone.

“Close cooperation and coordinated action are needed. “We must all fulfil our share of our commitments in strict compliance with the principle” no one should be left behind” and with the participation of stakeholders,” said Prime Minister Boyko Borissov. According to him, the involvement of the non-governmental sector, business, youth, academia, vulnerable groups and local government is key to achieving the set 17 goals.

Prime Minister Borissov recalled that this year Bulgaria presented its first voluntary national review of the implementation of the goals. Along with the achievements, some challenges to achieving them were identified. “It is necessary to improve the quality of education and healthcare,” the Bulgarian Prime Minister said in his speech at the summit. He also stressed the need for reliable implementation of nature protection legislation.

“We plan to build a national mechanism for coordinating the implementation of the UN goals for sustainable development with the participation of the government and a wide range of stakeholders,” Borissov added.

He pointed out that the motto of the Bulgarian Parliament “United We Stand Strong” is fully valid in terms of achieving UN goals. “Bulgaria is ready to do its part. It is time for action,” said Boyko Borissov.

The summit was also attended by 23 other heads of state and government from countries such as Austria, Finland, Norway, Slovenia, Argentina, Peru, Lebanon, Morocco, the Republic of South Africa and others.