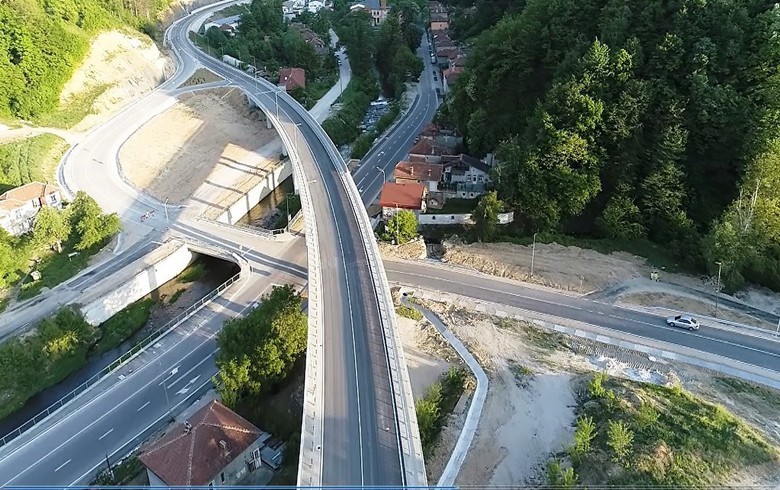 “How difficult it is to build a bridge, and how fast you cross it. Do you remember when we came here in the mud?”, This was stated by Prime Minister Boyko Borissov who inspected the new bypass road in Gabrovo, put into operation this morning.

The section is the largest reinforced concrete bridge structure built in Bulgaria so far with a length of 640 m and an opening of 160 m, built by the method of “cantilever concreting”. This technology is used to build bridges with the largest openings, this is the third in our country after the viaduct 48th km of the Hemus Motorway and the viaduct on the Podkova – Makaza road.

During the inspection, Deputy Prime Minister Tomislav Donchev noted that with the new route, the crossing of the Balkans is shortened by half an hour. And Prime Minister Boyko Borissov stressed that despite the COVID-19 pandemic, the construction of none of the country’s important infrastructure sites has not stopped.

“We are also building the Hemus highway, next week we will show the people of Varna its progress. And from June 10 we will start the section from Veliko Tarnovo in both directions,” added Prime Minister Borissov.