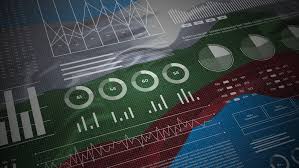 A regular monthly poll by Bulgaria’s National Statistical Institute (NS) has found that business sentiment in the country improved marginally in August 2020, compared with July, but largely only because of improved confidence among managers in the service sector.

The NSI said that in August, the total business climate indicator went up by 0.5 percentage points compared with July.

The service sector business climate indicator went up by 4.6 percentage points, with managers taking a more favourable view of the situation of their businesses.

They had a more positive view about the current situation, but were less optimistic than they had been about the coming three months, according to the poll.

In the industry sector, the business climate indicator was largely unchanged from July.

The indicator in the construction sector also was largely unchanged from July, while managers were optimistic about the coming three months.

The indicator in the retail trade dropped by 2.9 percentage points, with managers taking a more unfavourable view of the coming six months.

Their expectations and sales and orders placed with suppliers over the next three months also had declined, the NSI said.