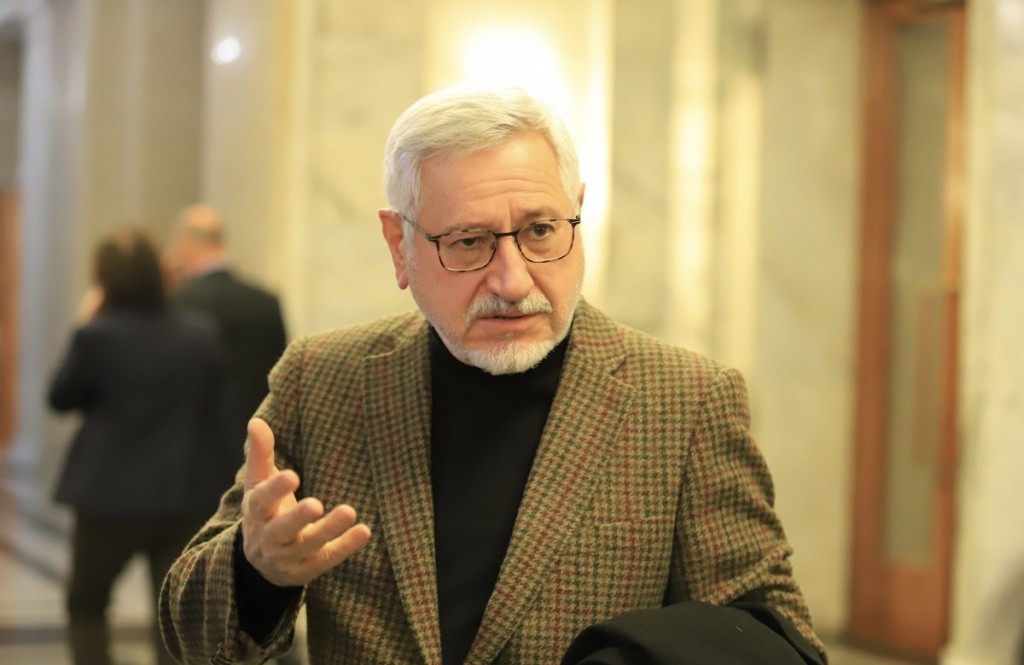 Unfortunately, I cannot say that the first meeting this year (12th in a row so far – ed. Note) with colleagues from RS Macedonia brought some optimism. She is completely barren.

This was said by the co-chair of the Joint Multidisciplinary Expert Commission on Historical and Educational Issues with the Republic of Northern Macedonia, Prof. Angel Dimitrov, a BGNES reporter reported.

Prof. Dimitrov summed up that the only positive result is to sign an unsigned protocol from previous meetings. This is an important point, because, without them, the work of the joint commission cannot be formalized.

He said that progress will and categorically rejected “cheerfully” statements of politicians from RS Macedonia, that historians have already completed the Middle Ages and move forward.

We are still somewhere in the 10th century and there is no step forward because with our colleagues we cannot reach an understanding for the preparation of a common text, a proposal to the two governments, for the textbooks of RS Macedonia, which deal with this historical time. and specifically for the end of the First Bulgarian Kingdom and the time when King Samuel and his successors ruled.

These conversations are not only very psychological for us, because we are faced with a strange reluctance of our colleagues to comply with basic principles of research, namely respect for historical sources and compliance with the dominant historical sources on this topic, the world historical science.

Our colleagues are aware that their position is difficult to defend, but they insist on equalizing the achievements of world media studies, in this case Bulgarian, and some works on this topic by local historians and several people from the former Yugoslavia.

Such ones cannot be equal, Prof. Dimitrov was categorical.https://www.youtube.com/embed/3zZ46QVzP2k?enablejsapi=1&autoplay=0&cc_load_policy=0&iv_load_policy=1&loop=0&modestbranding=1&fs=1&playsinline=0&controls=1&color=red&rel=0&autohide=2&theme=dark&

Another thing that unpleasantly surprised us is that our colleagues want to find a new approach and new assessments of this historical time and of King Samuel, which differ from the assessment we agreed on when we proposed the joint celebration of this Bulgarian ruler.

Such a double standard indicates a reluctance to take a step forward. For us, the stubborn escape from the definition of common history, which is enshrined in the Treaty of Friendship and Good Neighborliness, is extremely unacceptable, said Prof. Dimitrov.

He announced that there would be a new technical meeting in less than two weeks. The 13th meeting of the Joint Historical Commission is scheduled for the end of April.

Asked by BGNES that the commission is a key element of the Neighborhood Agreement, which should lead Macedonia to EU integration and what is the reason for the obstruction or delay of its work: the actions of the deep state, as claimed by Lyubcho Georgievski or the wall erected between Bulgaria and RS Macedonia since Yugoslavia, as stated by Zoran Zaev, Prof. Angel Dimitrov replied : “Things are complex, everything you said in your question exists in attitudes. We know our colleagues well. In this period, which is not short of 2018, we have noticed some change in their behavior, although from the very beginning we have witnessed fundamental differences in the interpretation of the past. The change in attitudes is undoubtedly dependent on the political atmosphere in the country. I will consciously refrain from directing the conversation and the answer in a purely political direction, because I want us, the historians, to remain in a purely scientific field. But you follow very well and you know what statements are made at a high political level and you know very well that they cannot but influence the behavior and positions of our colleagues. “