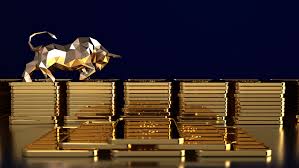 Canada’s Gold Bull Resources said on Tuesday that its partner,  Australia’s Raiden Resources, has commenced drilling at the Kalabak gold project in Bulgaria with two targets to be tested.

The two targets which will be drill tested as part of the programme include Sbor, a gold-copper porphyry target, and Belopoltsi, an epithermal gold target, Gold Bull Resources said in a statement.

Drilling at the Belopoltsi target will aim to test the structures at 100-200m below the surface as management believe that the defined outcropping chalcedony veins may contain higher gold values at depth.

The Sbor target is defined by a coherent gold in soil anomaly, measuring approximately 400m by 400m. The target remains untested at depth, despite significant evidence of potential mineralisation, Gold Bull Resources said.