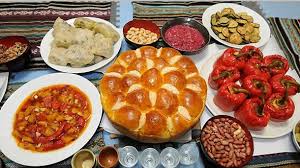 The business community presented an online reservation system “Rediscover Bulgaria”, in which all hotels and restaurants will be able to publish their offers for summer vacations and restaurant reservations. The platform will be launched in early June. This was announced on May 20 by representatives of large chain stores in Bulgaria at a joint briefing with the Minister of Agriculture Desislava Taneva, the Minister of Economy Emil Karanikolov and the Minister of Tourism Nikolina Angelkova.

“We want to present you a product between the business in Bulgaria and two international companies, on how in a more innovative way we can help small and medium-sized businesses, Bulgarian food producers, hotels, restaurants and the organization in general from now on of life in terms of what standards should be observed in employment “, said the Minister of Economy Emil Karanikolov.

Georgi Pirinski from Metro-Bulgaria announced that many other companies are participating in this coalition for the benefit of the Bulgarian society. The goal is to make a safe product for the Bulgarian consumer of services, as well as for the foreigners.

Georgi Pirinski from “Metro” – Bulgaria: We present the package to our customers who choose the platform, booking accommodation and dinner, to choose a safe place in terms of cleanliness, hygiene, guaranteeing social distance.

The second point of this programme is to return Bulgarian food to restaurant menus, “it is a mandatory condition for hotels and restaurants to offer Bulgarian food and dishes made from products provided by Bulgarian companies and farmers, including small farmers,” he said.

A wide group of international and Bulgarian business companies, which stand behind this campaign, will invest funds with which we can finance the initial stages, Pirinski added.

The Minister of Tourism Nikolina Angelkova stressed that this initiative was presented as an opportunity for the state and business to unite their efforts and focus on supporting tourism, which is most severely affected by the coronavirus epidemic.

What the Ministry of Tourism is doing is also related to the instructions for accommodation and meals to be in line with all the requirements of the EC in order to operate. The goal is to restore the sector as much as possible in this direction, Angelkova said.

A month ago, the Ministry of Tourism launched a campaign on social networks to promote domestic tourism, which is also called “Rediscover Bulgaria”.

“We will promote this platform and encourage hotels and restaurateurs to participate in this free booking system. We will try to help and minimize the risk,” Angelkova said.

It will be aimed at promoting domestic tourism. This platform is scheduled to launch on June 1. When it is opened, it will become clear how many hoteliers and restaurateurs will join it. It is entirely designed to support Bulgarian tourism, both workers and consumers, added the Minister of Tourism.

Minister Taneva said that the Ministry of Agriculture welcomes the “Rediscover Bulgaria” platform.

Minister Taneva, Minister of Agriculture: The aim is to offer Bulgarian consumers a possible excellent vacation at sea or in the mountains under the best conditions, with guaranteed health and nutrition standards.

Entering the business platform will not be tied to a purchase, it became clear.

Hoteliers and restaurateurs can shop from competitors and still be part of the platform. Minister Taneva assured that the standard of services through the platform will be as advertised.

When asked about the reduction of VAT in more sectors, Emil Karanikolov said that this can be done only after a very accurate analysis.

The reduction of the VAT of hoteliers and restaurateurs is justified by the fact that this sector is most affected by the coronavirus crisis, Karanikolov specified and defined as reasonable to have such a measure within a certain period of time.

“If everyone decides to drop the VAT, there will be no money for pensions and salaries,” he added.

Karanikolov defended the finance minister, who is against the VAT reduction, adding that Goranov’s function is to protect the state budget.

Angelkova added that the reduction of the VAT for hotels and restaurants is “a breath of fresh air for this most affected sector of the economy” so that it can recover, albeit in slow steps.

She also stressed that measures are constantly being discussed and sought to support not only tourism but also the entire economy.