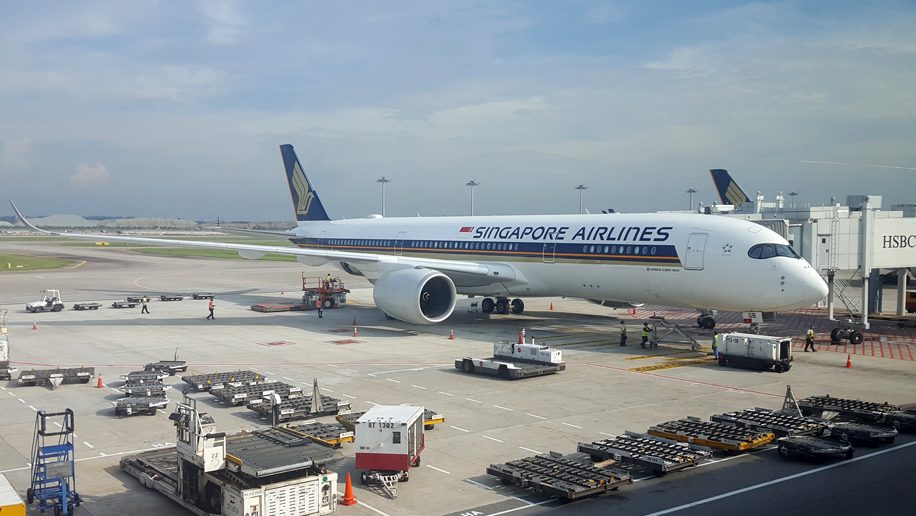 Singapore Airlines (SIA) reported a historic first-half net loss of SGD3.5 billion (USD2.6 billion) at the close of market trade last week due to the impact of travel curbs caused by the COVID-19 pandemic.

SIA, whose financial year starts in April, saw passenger traffic measured in revenue passenger-kilometers fall by 98.9 percent in H1 due to tighter border controls, travel restrictions and traveller’s hesitancy to fly amid the global pandemic. With no domestic route, its business is more vulnerable to the effect of the coronavirus than its regional peers. However, unlike other regional airlines in Southeast Asia, SIA has managed to significantly increase its liquidity. In June, itraisedSGD8.8 billion (USD6.5 billion) through a sharer rights issue though in an October 19 disclosure to the Singapore Exchange, SIA said it had utilised about 70 percent or SGD6.2 billion of the funds it had raised. Besides a one-time SGD2 billion repayment of a bridging loan from DBS Bank, the amounts drawn down were mainly used for servicing debts (SGD1.6 billion), SGD1.3 billion was for operating expenses and SGD1.1 billion for ticket refunds.

SIA added that it has access to lines of credit for approximately SGD1.9 billion and can raise an additional SGD6.2 billion from issuing mandatory convertible bonds if the crisis is prolonged. It has to-date also raised SGD $2.1 billion from a short-term unsecured loan and loans secured against its aircraft.

While SIA appears to be well-funded well into 2021, the same cannot be said of some of the airlines in Southeast Asia.
Malaysia Airlines was reported by Reuters in October to be struggling to make payments owed to creditors and lessors. The national airline, which restructured after two deadly crashes in 2014, has proposed a plan involving big discounts from creditors but unlike last time the government is unwilling to bail it out. Reuters also reported that Malaysia’s state investment firm, Khazanah has warned leasing companies it will stop funding the airline group and force it into a winding down process if restructuring talks with lessors are unsuccessful.

AirAsia, also Malaysia-based, founded by flamboyant businessman Tony Fernandes, is also in a liquidity crunch. It is still looking for financial assistance to stay afloat. Last month, it appeared to have obtained a reprieve when Nikkei Asia reported that it had secured a MYR1 billion (USD 242 billion) loan from the government only for the Malaysian Ministry of Finance to deny that such a deal was made days later.

It’s long-haul subsidiary AirAsia X Bhdhas reportedly “run out of money and needs to raise up to MYR 500 million (USD120 million) to restart the airline,” deputy chairman Lim Kian Onn was quoted by Malaysian media as saying. Parent company AirAsia has a 13.6 percent stake in the company with Fernandes being the main shareholder.

The Financial Times had reported that AirAsia is pulling out of Japan and that its Indian airline, a joint venture with the Tata Group, has come under renewed scrutiny after reports the Malaysian shareholder had stopped funding the Indian joint venture. The report has been denied by Fernandes.

Last week, Bloomberg reported that Thai Airways International is seeking potential buyers for almost three dozen used Boeing and Airbus jets as part of the flag carrier’s efforts to restructure 350 billion baht (USD11.4 billion) of debt. The airline whose major shareholder is the Thai government filed for bankruptcy protection in May to enable it to continue business pending debt restructuring and rehabilitation.

In its financial performance report released on November 6, Singapore Airlines said that group revenue declined SGD6,691 million (USD4.956 billion) for the first half of the current financial year, an 80.4 percent year-on-year reversal. Passenger flown revenue fell sharply as airlines in the group- Singapore Airlines, SilkAir and Scoot were severely impacted by restrictions on international travel. This was partially offset by stronger cargo flown revenue which was higher by SGD274 million (USD203 million) or 28.3 percent as countries sought to restore global supply chains. SIA responded to the demand by maximising freighter utilisation and deploying passenger aircraft on cargo missions.

Group expenditure decreased SGD4,415 million or 55.8 percent year-on-year to SGD3,497 million, attributable largely to lower non-fuel expenditure and net fuel cost. However, SIA had to take a mark to market loss of SGD563 million on ineffective fuel hedges during the reporting period. It has paused fuel hedging activity since March 2020 due to the uncertain pace of recovery.
Overall, SIA reported an operating loss of SGD1,863 million for the first half, a SGD2,276 million decrease from the same period last year where it registered an operating profit of SGD413 million.In addition to the operating loss, SIA bottom-line was also impacted by an impairment of SGD1,333 million on carrying values of 26 older surplus aircraft, an SGD127 million charge from the liquidation of its Thailand joint venture airline NokScoot, and a goodwill write down of SGD170 millionon Tiger Airways which it took control of in October 2014. The total net loss for the first six months was SGD3,467 million.

Additionally, SIA slashed 4,300 jobs across its three airlines incurring a cost of SGD42 million in the process. SIA had over 27,000 employees at the start of 2020.
As the pandemic recedes and people begin to travel again, SIA has increased the destinations it is serving from 32 in June to 43 in September including Singapore. It is planning to reinstate passenger services to Brunei, Dhaka, Fukuoka, Johannesburg, Kathmandu, Male and Penang plus reintroduce a non-stop thrice-weekly service from Singapore to New York starting on November 9. Its low-cost subsidiary Scoot will also resume service to Melbourne.

Its cargo network serves 61 cities as at September 30, up from 26 cities as at April 1.
In its commentary on its outlook, it said that it expects that cargo yields and load factors will be high in the coming months. In addition, SIA expects to see a progressive recovery in general cargo demand and continued strong demand from the pharmaceuticals and perishables segment.

The company’s statement added: “The recovery from the COVID-19 pandemic is likely to remain patchy, given the new waves of infections around the world and concerns about imported cases. Nevertheless, there are some early signs of optimism. Customers are slowly becoming more confident about air travel given the robust health and safety measures that have been put in place by airlines, airports and governments.” (ANI)