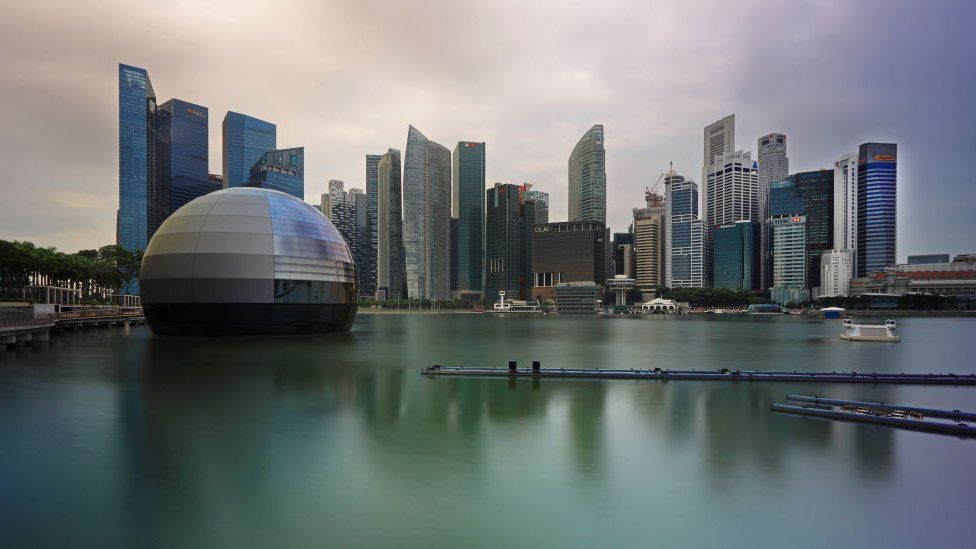 Singapore has long been a draw for wealthy Chinese, Indonesians and Malaysians who would come for short trips to shop, play  at the casino or get medical check-ups at world-class clinics. Mount Elizabeth Hospital Orchard, just steps from the flagship stores of Gucci and Rolex, features a UOB Privilege Banking Centre in the lobby.

The pandemic has changed all that, prompting many tycoons and their families to stay for months, in some cases seeking residency to ride out the storm. On a per capita basis, the mortality rates in Malaysia and Indonesia are more than 10 and 30 times higher than in Singapore, according to data collected by Johns Hopkins University.

The number of single family offices in the city-state has doubled since the end of 2019 to about 400, including firms recently set up by Google co-founder Sergey Brin and Shu Ping, the billionaire behind Chinese hotpot empire Haidilao International Holding Ltd. Demand for private golf club memberships is soaring, real estate prices have jumped the most since 2018 and until the recent clampdown, Michelin-star restaurants were packed.

Global banks like UBS Group AG meanwhile are expanding in the city to manage the massive influx of assets.

A spike in virus cases that’s led to stricter border measures and the cancellation of upcoming events such as the World Economic Forum meeting may pause some of the rich migration to Singapore, but it’s likely to be short-lived.

While cases have jumped to a few dozen a day, it’s a far cry from the several hundred daily infections in New York City alone. Singapore is also charging ahead with vaccines: It’s given enough jabs for 30% of the population, almost twice the rate in China and even further ahead of neighboring Malaysia and Indonesia.

Singapore makes it relatively easy for the super rich to settle. Through its Global Investors Program, the country grants a fast-track to permanent residency to qualified business owners or families if they invest S.5 million in a local business, certain funds or a family office with at least S0 million in assets.

The influx of foreigners is helping to fuel the property market, with the strongest growth in the luxury sector. It’s also made Singapore an outlier in the rental market, with rates rising even as they fall in New York, Hong Kong and London.