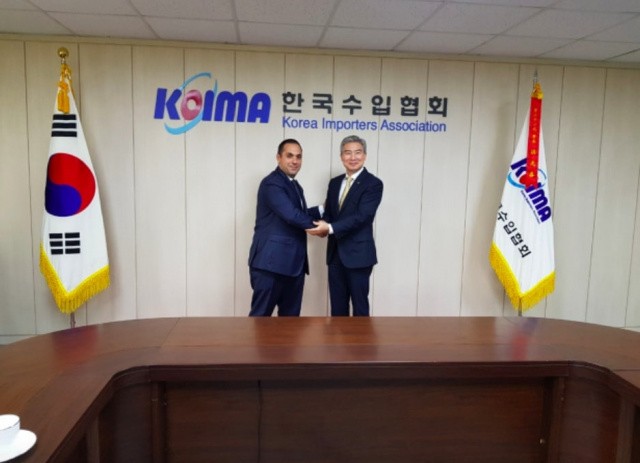 Bulgarian products including wines, essential oils, and dairy products have great potential to be exported to the Korean market. This was made clear during a meeting between Economy Minister Emil Karanikolov, who is on a working visit to Seoul, with the chairman of the Korea Importers Association / KOIMA / Mr. Kwang-hee Hong.

the Korea Importers Association / KOIMA /, is an organization of over 8,000 South Korean importing business members and was established in 1970. It is the only business organization in the Republic of Korea that aims to support imports from abroad and play a lot an important role in promoting the country’s trade.

During the talks the organization showed interest in other high-quality Bulgarian products to be sold in Korea.

“In 2018, Bulgarian exports to South Korea exceeded US $ 106 million. We rely on events such as business forums and business activity on both sides to increase trade and create contacts for joint projects, “said Minister Karanikolov.

In his meetings with the representatives of the Korean business, the Bulgarian Minister of Economy also highlighted the advantages of Bulgaria as an attractive investment destination. According to him, the Government is in continuous, active dialogue and partnership with the business for the implementation of consistent foreign economic policy aimed at expanding the market presence, improving the conditions for access to foreign markets and attracting foreign investments. “We support export-oriented sectors with high added value and high potential for implementing innovation in production,” he added.

During his official visit, Karanikolov also met with the Deputy Minister of Trade, Industry and Energy of the Republic of Korea. During the talks, the Minister of Economy stressed that the Republic of Korea is a priority economic partner in Asia and Bulgaria’s efforts are focused on promoting bilateral cooperation and strengthening economic ties between the two countries.

For his part, Korea’s Deputy Trade Minister emphasized that the emphasis on R&D and the high-tech sectors is a niche that will give Bulgaria an overall image as a country that relies on technology and high value-added activities.