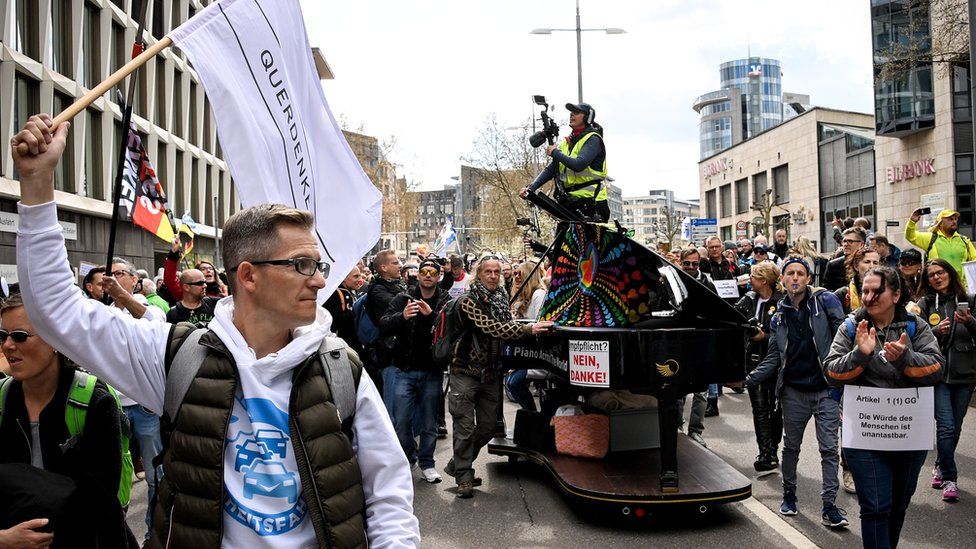 The Bulgarian Black Sea coast is becoming a bastion of anti-vaxxers from Germany, SPIEGEL writes. Opponents of vaccines and covid measures are finding a place in Bulgaria where they can regain their partially robbed freedom.

Germans who are against anti-pandemic measures and vaccines are fleeing to Bulgaria en masse – this is the impression left by the reader of the extensive article in the latest issue of the German magazine SPIEGEL.

Aheloy – a bastion of German anti-vaxxers?

The article also gives examples, which, however, should be interpreted with caution. In the introduction to the article, we read: “German anti-vaxxers have found refuge in holiday colonies near the Black Sea: life there is cheap, and anti-epidemic measures are overlooked.” According to the author Walter Mayr, the Germans plan to stay in Bulgaria.

The journalist visited their “bastion” in Aheloy – a residential complex called “Chateau Aheloy”, in front of which were parked numerous cars with German registration. The manager of the complex Dirk Gelbrecht is the founder of a group in the social network “Telegram”, which is called “German emigrants in Bulgaria” and already unites 2,500 people, we learn from the article.

Gelbrecht explained to the SPIEGEL journalist that about 60 people live in the Chateau Aheloy – co-operators from several generations. In the mentioned group in “Telegram” Gelbrecht points out one of his motives to turn his back on Germany. According to him, the media system in this country was “false and hypocritical” and should have been “destroyed“.

The author of SPIEGEL notes that, without attracting much attention, the German anti-vaccination group was gathered via Telegram and left for Bulgaria – the “poor hut of the EU“. There, German emigrants buy or rent real estate, preferably on the Black Sea coast – between Burgas and Varna. At Chateau Aheloy, the rent for an apartment is only 232 euros a month, and the German community already has a new tradition. For example, to gather every Tuesday for brunch at the Hotel Provence, and to fill their time with fake news from their homeland – for example, that at any moment the highways would be closed so that people could not travel between the provinces. Germans who do not believe in pandemics and vaccines are happy that the majority of Bulgarians also “refreshingly” share this distrust. The country is sparsely populated and the authorities are rather lazy, so you can easily go unnoticed here, says the German Ursula. Life with the coronavirus in Bulgaria is meek, in restaurants the anti-epidemic measures are watched through the fingers, and in the case of German emigrants this creates the feeling that they have regained some freedom, we read in the article. Ursula put it this way: “Distance – zero. Lockdown or curfew – zero.”

“This is a manifestation of irresponsibility”

At the same time, however, Bulgaria holds the record for coronavirus deaths across Europe, and vaccination rates are still extremely low, writes Walter Mayr in SPIEGEL. The author also spoke with Burgas doctor Svetoslav Todorov, who has absolutely no understanding of Germans’ behavior: “It is almost criminal because it is a sign of irresponsibility not only to themselves but also to others,” said the doctor.

Later in the article, they talk about the consulting activities of a German, a former student of theology. For 2,499 euros, he offers the emigrant candidates a package of tips for a successful start in Bulgaria as a “tax-friendly destination“, where one can easily get a chic villa and drive a Porsche.

At the end of the long report, the SPIEGEL journalist takes readers to another bastion of German emigrants and anti-vaxxers near Varna. The main protagonist of the German diaspora in Varna was the Bulgarian Turk – Leni, who worked for many years as a teacher in Potsdam, and today was “the guiding star of all those wishing to settle in Bulgaria.” Lenny believes that many people in Germany are brainwashed because they trust the media too much. In the complex near Varna, she takes care of the children of the emigrants: she takes them to the beach and teaches them reading, writing, arithmetic, knitting, and baking. “A person lives in Bulgaria without being constantly watched and preached upon and without constantly meeting proud vaccinated people,” the Bulgarian Turk told SPIEGEL.

The article also talks about the spontaneous self-help groups that have emerged among the Germans in Bulgaria, as well as some of their problems, some of which sound rather strange. For example, that no real Christmas trees were sold in Varna. In an interview with the magazine, the Honorary Consul of Germany in Varna Nedyalko Nedelchev said: “In general, things in our country, in Bulgaria, are a bit gentle, almost no one scans your green certificate. (…) Personally, however, I hear for the first time that there are so many Germans here who have fled because of the coronavirus. Maybe because they only come to me when something happens to them.”