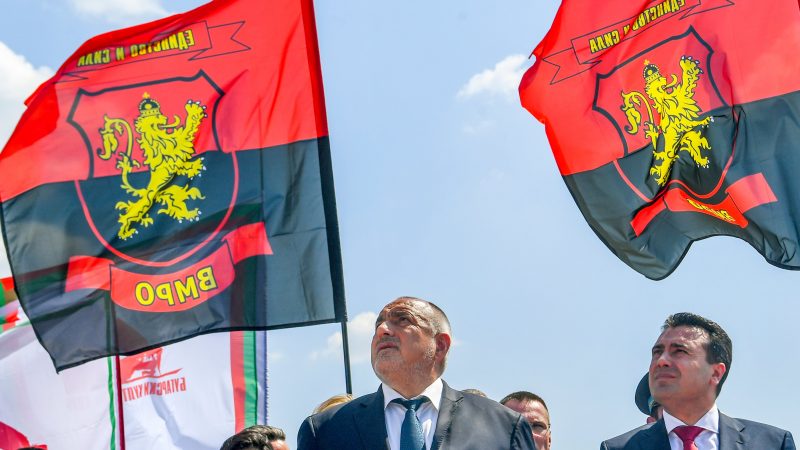 Over 70% of Bulgarians consider settling Skopje’s relations with Sofia a priority, rather than Skopje’s path to the European Union. Fluctuations in this regard have subsided within a year and the structure of opinions shows an almost automatic picture. The youngest and different minority groups are a little more distant from the topic.

The data comes from Gallup International’s monthly independent research program. The study was conducted “face to face” with tablets between November 25 and December 3 among 803 adult Bulgarians.

Representatives of the youngest age group and people with lower education seem a little more inclined to ignore the problems in our relations with North Macedonia. However, the share of those who support the option of North Macedonia to become a member of the EU, regardless of the problems in relations with Bulgaria, does not exceed one-tenth. The strongest in their position that the most important thing is to settle the relations between the two countries, and not so much whether North Macedonia will join the EU, are the university graduates, the age groups over 45 and the residents of the capital – Sofia. The share of those who hesitate again is among the younger respondents, people with primary or lower education, as well as the respondents who identify themselves as Turks and Roma. For comparison: in the capital – where groups with higher incomes and education are concentrated, in the more active economic ages – those who give priority to the membership of North Macedonia in the EU are only 2%, and the opposite opinion is nearly 80% .

There is virtual unanimity among the party’s electorate – more than 80% of the We Continue the Change’s supporters, GERB’s opinion is that settling relations is a priority, and Skopje’s path to the EU comes after that. The shares of hesitation in the Movement for Rights and Freedoms are a bit bigger, but even there the most serious accumulation is in the option “settlement of relations is most important”. It is curious that supporters of the Bulgarian Socialist Party have a slightly more noticeable share of hesitation compared to the general picture.

A comparison with November 2020 – when the question was asked again – shows that the share of those who hesitate has fallen. A year earlier, 5.8% said the most important thing was for North Macedonia to become a member of the EU, even if its relations with Bulgaria were not fully settled, and 57.9% said that the settlement of relations between both countries is paramount. However, more than a third of respondents (36.3%) were hesitant between the two options. Now the share of hesitant is much lower. Obviously, the structure of public opinion may be crystallizing.

A year ago, again the largest share of hesitant respondents with lower education and the youngest – up to about 60% of all respondents in 2020 can not decide which of the two options to choose.

In the summer of 2021, Gallup International Balkan examined public opinion on another indicator directly related to the topic – the practical veto imposed by our country on the accession of North Macedonia to the EU. 70% of the respondents in an express telephone survey in June answered that in the dispute with our western neighbor it is best for Bulgaria not to lift the veto, 19.3% think the opposite, and one-tenth express hesitation.

The sample is representative of the adult population of the country. The survey was conducted between November 25 and December 3, 2021, among 803 people using the face-to-face method. The absolute maximum error is ± 3.5% for 50% shares. 1% of the total sample is about 55 thousand people.