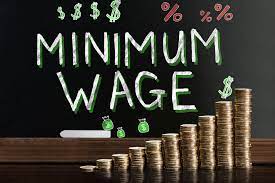 They offer an increase in the minimum wage, maternity, and child benefits. More than 750,000 people in the country receive the minimum wage. BGN 650 per month is extremely insufficient. We propose to increase it to BGN 710, the political parties united around a similar amount. This was stated by Finance Minister Valeri Belchev, a BGNES reporter reported.

An increase is also offered for the child allowances by BGN 20, but also for the threshold for receiving them. “All citizens with a salary of up to BGN 510 will have the right to receive such,” Belchev added.

We offer maternity leave to be increased to BGN 650. For the pensions, even after the abolition of covid measures, we intend to propose to the incomes of the pensioners to increase by an average of BGN 84 per person.

After the meeting of the Council of Ministers, it became clear that 40 million are provided to support bus carriers. “From Monday, everyone can submit their documents in order to receive certain benefits,” said Transport Minister Hristo Alexiev. A position was also approved for filing a complaint about the mobility package, which is quite discriminatory towards Bulgarian bus transport.

As for the Vera Su ship, Alexiev said it is currently on dry dock. It is withheld by the state and if the costs are not covered by the insurer, it will be sold at open auction.

The state has invited the insurer and the shipowner to cover the costs within 14 days. They have another week, after that, they are informed that the ship will be sold at an open auction. Its price is about BGN 3 million.

At the same time, it can be used for research missions. The maritime school in Varna will train in the rescue operation for “Vera Su”, Alexiev added.