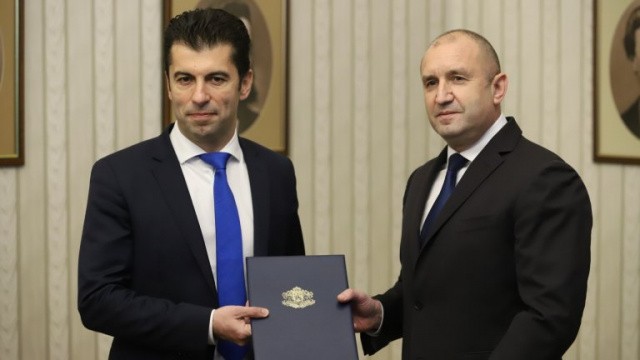 Zero tolerance for corruption will be the motto of our government. We will also form a parliamentary commission, said the nominee for Prime Minister Kiril Petkov, after returning the mandate of the president fulfilled, according to BGNES

There will not be a single lev (BGN) spent in the wrong way. If anyone tries such a thing, we will try to catch them. We will hold responsible anyone that takes a step aside from the right path, said the candidate for prime minister.

Petkov confirmed that Teodora Genchovska is the candidate for foreign minister. She is the nomination from “There Is Such a People”. Until now, it was not clear who would head the Ministry of Culture, Petkov clarified on this issue: Atanas Atanasov is the nomination for Minister of Culture. He is a young man who has a vision and desires for Bulgaria to become one of the cultural destinations in Europe. We will give a new impetus to Bulgarian culture.

The first tasks that the future prime minister listed for the new government are: The first step is to control electricity prices. The second step is overcoming the covid crisis, Petkov said. Judicial reform and the ‘Commission for Combating Corruption and Confiscation of Illegally Acquired Property’ (CCCCIAP) are also among the top tasks.

In no way should we allow the increase in electricity prices for household consumers, said Petkov in response to a question from BGNES what will be the first steps of the future cabinet in the field of economy.

From Monday, these ministers will become ministers of Bulgaria, we will measure them by one yardstick. The stability of the coalition government will be a function of how well each of the ministers is doing their job, Petkov said, stressing that he hopes to be able to coordinate the four coalition partners through communication. The problems at the moment are so acute that until we tackle the first tasks, all differences are left aside, he said.

We are by no means satisfied with his (Ivan Geshev’s) work so far. I hope that the SJC Inspectorate will help us start to see in much more detail what results have been achieved. The change in the judiciary will happen. Constitutional changes are a longer-term task. The change of the leadership of CCCCIAP does not require constitutional changes, we will start from there, said Kiril Petkov.