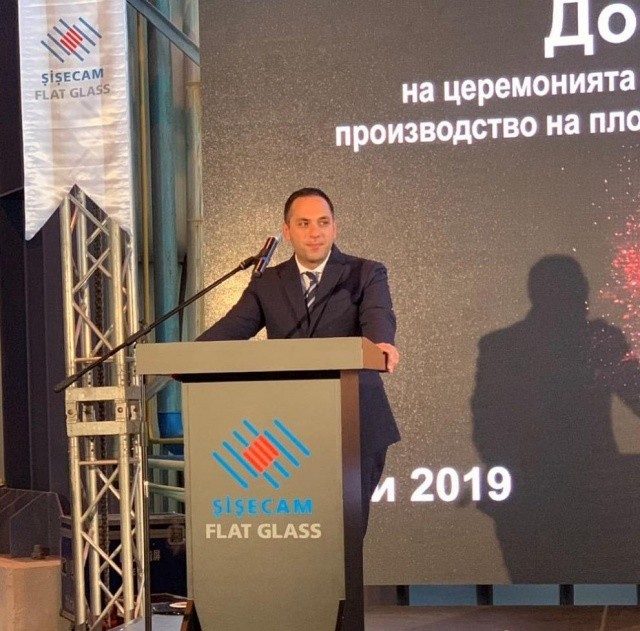 A new production furnace was put into operation at the flat glass factory of Trakia Glass Bulgaria near Targovishte. The investment is over 42 million euros.

The official ceremony today was attended by Minister of Economy Emil Karanikolov, Chief Executive Officer of Sisecam Holding Ahmed Kurman, MPs, Regional Governor and Mayor of Targovishte, partners and dozens of guests from the country and Turkey.

The facility is one of the three largest in the world and the largest production of flat glass in Europe. The holding’s contribution to the economy of Bulgaria is about EUR 800 million, Ahmed Burman said. According to him, “Sisecam” is already active in 14 countries and has 22,000 employees.

“It is a pleasure to attend the next investment in Bulgaria, and you have reached the stage where you can receive the” Investor of the Year “award each year, but it goes with the Employer of the Year Award, Minister Karanikolov said. Workers will always be the most valuable, and therefore thank them. “Thanks to you, Bulgaria ranks fifth in the EU in terms of economic growth and second place in wage growth. Bulgaria has reached record export levels – for the first three months of the year, we have a 9.5 percent growth in exports to the EU and a two-digit result for exports to third countries. The state makes it all possible to become more and more competitive, “the Minister of Economy said.

The replacement of the plant at the Targovishte plant takes place for the first time since the plant was built in 2006. The furnace capacity is 725 tons of melted glass for 24 hours. A new cooling installation with zero water loss was also introduced. It will keep the new furnace up to an average of 1,600 degrees, according to the plant’s management.

At the Trakia Glass Bulgaria, near Turgovishte, four furnaces work. The average life expectancy of such a facility averages 12-14 years.