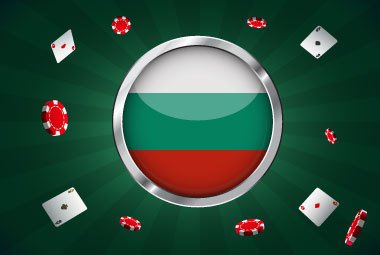 Gambling companies have announced their readiness to stop advertising during the day and to stop advertising the size of the jackpot, bonuses and prizes. This is part of a self-restriction project presented by Vladimir Dokov of the Bulgarian Gaming Association during a debate organized by the Council for Electronic Media (CEM). The reason for it is the boom in TV ads for online gambling, which have especially increased along with the broadcast of the World Cup.

The project aims to stop these practices from January 2023. The representatives of the association agreed that the boom in TV ads for online gambling is extremely large, but such ads, according to them, are necessary because otherwise, people will turn to unlicensed bookmakers.

The industry is ready from the New Year to stop advertising on television before 6 p.m.

The draft also promises to include calls for responsible gambling in every ad on air or on billboards. Men and women under the age of 23 will not participate in the TV clips.

At the last meeting of the Council for Electronic Media (CEM), a report of focused monitoring on reality formats by “Nova Television” and BTV was presented, according to which gambling ads have taken over the television space. The CEM then decided that the two media would be sanctioned and noted that it had become a practice for advertising blocks in prime time to start and end with a gambling clip.

Among the examples from the monitoring were ads featuring girls sitting on the hoods of expensive cars, as is done during proms, which breach regulations prohibiting the creation of health and safety hazards.

“Such scenes suggest to the viewers that if they succeed, they will enjoy well-being and a carefree and cheerful life in the company of attractive young women in scanty clothing,” the monitoring also stated. The CEM reminded that commercial communication should not suggest that participation in a gambling game is conducive to social success and will improve the reputation of the participant. The report of the CEM was adopted with complete unanimity.

“Many signals are received at the CEM every day. We work in excellent cooperation with the BNT ombudsman, they also keep us informed about the growing discontent. Measures must be taken, but for the sake of full awareness, the powers of the CEM are too limited,” said at the beginning at the debate the chairperson of the media regulator Sonia Momchilova. According to her, it is a journalistic interpretation that the council is only now starting to deal with the topic, as it has recently been the most active participant against this phenomenon.

In the project presented at the round table, it is also envisaged that all advertising messages on television and radio must contain a call for reasonable betting, as well as to avoid presenting gambling games as an opportunity to solve social, personal and financial problems. The industry also promises not to work online with partners who spread aggressive betting messages such as “play”, “no time”, “bet” etc.

Gambling addiction does not kill, but it leads to other addictions

At the beginning of the debate, the director of the “St. Ivan Rilski” hospital in Kurilo, Tsveteslava Galabova, spoke, according to whom there is a boom in patients with gambling addiction, although there are no official statistics on this.

“There is a significant increase, I know it doesn’t sound convincing because I don’t have the data, but many adolescents and elderly people – over 30 and 40 years of age with very different social status are addicted to gambling. But they don’t realize that this is the case. That the entry in the casino, in the online platform or buying a scratch ticket, is a gambling addiction. Addicts are usually a dependent type of personality that is formed from early childhood and is formed by the environment in which the child grows up. We all as a society can we influence the damage that these ads can bring and their contribution to gambling addiction”, stated Galabova.

According to her, you don’t die from gambling addiction, the treatment for it is mainly psychotherapy, not drugs. “The danger of this addiction is that it leads to other addictions that lead to death, such as alcohol and drugs,” the psychotherapist said.