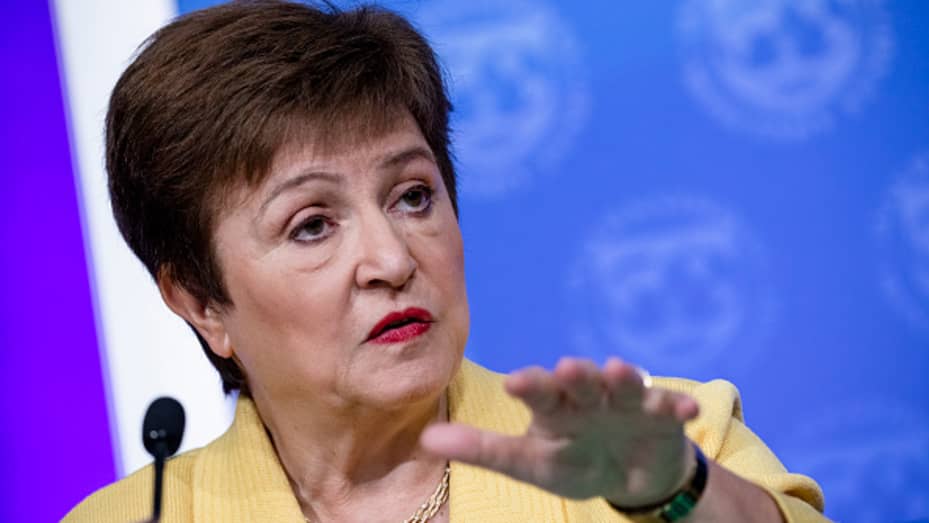 The divisions between the United States and Europe over whether Kristalina Georgieva should remain in the post of IMF director are about to overshadow the fund’s leading annual meetings this week, the Financial Times reports. Washington wants her to leave, while European powers are more willing to support her in her post.

Georgieva’s position as the fund manager has come under fire as she was accused last month of manipulating data in China’s favor as director of the World Bank. The 24 members of the IMF’s executive board are divided into two camps: the United States and Japan, the fund’s two largest shareholders, and France, Germany, Italy and Britain, which support Georgieva.

Despite a series of meetings in recent days, the board has not yet reached a consensus. In a statement issued late last night after additional meetings with representatives of WilmerHale and Georgieva, the IMF said the board had made “further significant progress” in assessing the situation and would decide “very soon”.

The fund’s annual meetings with the World Bank begin today.

Critics say the allegations against Georgieva threaten the ability of the World Bank and the IMF to foster growth reforms.

But her supporters underscore her support for poorer nations during the coronavirus pandemic and the reorientation of the fund’s priorities to address issues such as climate change and gender equality.

Georgieva is accused of manipulating data in favor of China in the World Bank’s annual Doing Business report for 2018, while she was the bank’s chief executive, a position she left to take the top job at the IMF in October 2019. Mr. Georgieva categorically denies the allegations.

Simeon Djankov, a senior bank official at Georgieva’s time, was also accused of pressuring him to change data in the report and inciting a “toxic” environment of threats and blackmail among staff.

Progressive economists sided with Georgieva. Jeffrey Sachs, director of the Center for Sustainable Development at Columbia University, wrote in the Financial Times that removing her “would be a dangerous and costly capitulation to anti-Beijing hysteria.”

Joseph Stiglitz, a Nobel laureate and former chief economist at the World Bank, described the removal efforts as a “coup.”

Six former World Bank officials in a statement issued by a public relations agency hired by Georgieva last month described her as “a man of extreme integrity and commitment to the cause of development.”

Georgieva’s critics say the focus should be on the claims in the WilmerHale report and their implications for confidence in both the World Bank and the IMF as the most credible sources of economic data.

Paul Romer, a Nobel laureate who was the World Bank’s chief economist at the time of Georgieva and worked with her and Djankov, said the latter’s alleged actions “should be interpreted as done with the knowledge and command of Kristalina”.