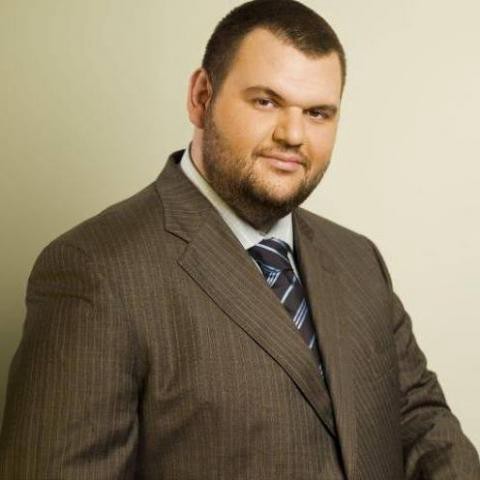 Peevski is gone, Peevski is leaving the country and very soon it will no longer be chewing gum.” This sentence, given by Boyko Borissov in 2016, did not turn out to be very accurate. It is true that the MRF MP has hardly appeared at his workplace (and in public in general) since then, but this was his trademark before. And in the following years he was re-elected as a Member of Parliament and there was no sign of his backstage influence weakening.

Five years later, they again gave the series “Peevski’s Withdrawal” and the logical question is whether this time it is not more real. He is not on the MRF lists and will not be in parliament for the first time in more than a decade. At the end of last year, Peevski sold his newspapers and the unofficially controlled Channel 3 television.

Now we have another indicator. Delyan Peevski parted not only with his media empire, but also with a large part of his property possessions. In a deal from the beginning of March, BL – Retail Real Estate was sold, a company under whose hat many of the valuable real estates related to the MP have been concentrated in recent years. This includes the iconic Berlin Hotel, which is used by him as a personal residence, the diplomatic club in Boyana, the site of the former Sofia factory of Bulgartabac and many others. There is no price under the contract, but it is probably about assets in the order of tens, and potentially hundreds of millions of levs.

Who sells and who buys

BL – Retail Real Estate was established at the end of 2017 as a subsidiary of Blagoevgrad BT. At that time, the cigarette factory already had diminishing functions, but it owned Technomarket, which was at war with the landlord of its stores, Glorient Investment BG. Since 2015, when Peevski acquired the equipment chain, it has stopped paying its rents, claiming to be the real owner of its stores. At the end of 2017, the two parties reached an agreement and the new company was established in order to acquire several Technomarket stores.

In May 2019, other assets will be transferred to BL – Retail Real Estate. On May 13, it acquired from Blagoevgrad BT its subsidiary BL-B, in which it has separate properties (as of 2017, BGN 10 million in assets and no activity). On May 15, it acquired from Bulgartabac FZE “SF-BT”, which housed the property of the former Sofia cigarette factory, and other properties (BGN 15.5 million in assets). On May 23, it acquired DCC Invest from Dubai-based Media-Plex Limited (BGN 104 million in consolidated assets, over BGN 100 million in revenue and BGN 6.8 million in profit). This is the company (formerly called Doreco Commerce), to which Peevski sold its 18% stake in Yuri Gagarin in 2016.

Only days after this consolidation, on May 28, Blagoevgrad BT sold its 100% in “BL – retail real estate” to Kingfisher Limited from the United Arab Emirates, and its real owner is Emil Devedjiev, who has long been in the management of the companies from the Doreko group. However, it seems that this deal is not a real change of control – “BL – retail real estate” remains a co-debtor on loans of “Technomarket” and continues to enter into transactions and transfer companies and properties with other companies of Peevski.

Now, on March 3, 2021, it is Kingfisher that sells 100% in BL – retail real estate. The buyer is HH Property, which in turn is owned by GS Formula, and Deyan Kalinov. Indirect clues indicate that the owner of Insa Oil, Georgi Samuilov, is very likely behind the deal.

From October 2019 to April 2020, H Property is directly owned by Samuilov. He then transferred the company to a company of Tsvetelina Trifonova, which can be described as close to Peevski – from 2013 to 2017 she was the formal owner and manager of the Berlin Hotel. On February 17, 2021 (two weeks before the purchase of “BL – retail real estate”) Trifonova transferred the company to the mentioned “GS Formula”.

It was also owned by Samuilov, and even sources pointed to it as the company through which he planned to acquire Petrol’s gas stations from Grisha Ganchev. But at the end of 2019, it was transferred to the then 29-year-old Deyan Kalinov – the formal new owner of Peevski’s real estate empire. Not much is known about him, but until recently on the site of “Insa Oil” his name appeared as a sales representative of the group for Burgas.

Thus, the formal Devedjiev-Kalinov deal could be interpreted as a real Peevski-Samuilov deal. Georgi Samuilov himself confirmed to “Capital” that he knew Kalinov, but denied having anything to do with the deal. “Anyone can buy and sell. The boy knows, I guess, works with loans,” he said.

“I reserve the right not to comment at this stage,” was the laconic comment by Deyan Kalinov.

Package for tens of millions

Making an exhaustive list of what goes into BL – retail real estate is not easy. On the one hand, some of the properties are in subsidiaries and even in subsidiaries of subsidiaries. On the other hand, in recent months, apparently in preparation for the deal, many transformations have been made, with assets entering and leaving the property holding. Its consolidated assets for 2019 are BGN 170 million, but this number can hardly be considered authoritative due to the many transactions.

For example, in August 2020, BL – Retail Real Estate bought Avtotrans Sredets from Intrust, a company officially owned by Peevski. Prior to the deal, however, the company was filled with a number of Intrust properties, which, judging by the material interest in the entries, are valued at over BGN 37 million.

An interesting addition to the deal is the company AA Invest, which was owned by Alexander Angelov, a lawyer close to Peevski. On December 22, 2020, he transferred his shares to BL – Retail Real Estate. It is not registered in the Property Register to own real estate, and its brief reports do not provide much information, but the company has BGN 18 million of paid-in capital.

Many properties have been transferred to BL Retail Real Estate and DCC Invest, which, however, remains outside the deal. At the very end of 2020, Emil Devedjiev registered the company “MD De Invest” and transferred to it “DCC Invest”, with what is left inside. In 2020, two real estate companies were transferred from BL – Retail Real Estate to Sunny Day, whose formal owner is Angel Paliyski, but in reality the industry is considered part of Peevski’s possessions.

Technomarket stores have also been transferred to the company of the nominal owners of the chain, so they are not part of the deal.

Among the key properties that are certainly the subject of the current sale are:

An attempt to arrange these chaotically acquired properties in some structure is definitely evident. At the end of last year, several companies were established, apparently with the idea of ​​becoming thematic sub-holdings “BL-RRE Property”, “BL-RRE Residence” and “BL-RRE Market”. Some properties have already been transferred to them.

The more obscure point is whether this is a real sale or another mimicry. Samuilov himself is said to be close to Peevski, so the deal could easily be fictitious, and Kalinov in the role of “borrowed person”. After the requirements for declaring the actual owners have been introduced, many of the companies associated with the MP are formally registered as companies of their managers, as was the case with Technomarket, for example.

If one thing is certain, it is that Peevski, who some time ago had visibly begun to lighten his possessions, is again in the phase of reducing his officially owned assets and his publicity in general. And if reasons are to be sought, they are probably abroad, such as the US State Department openly calling him an “oligarch with a dubious reputation” in his latest report on the human rights situation in Bulgaria.