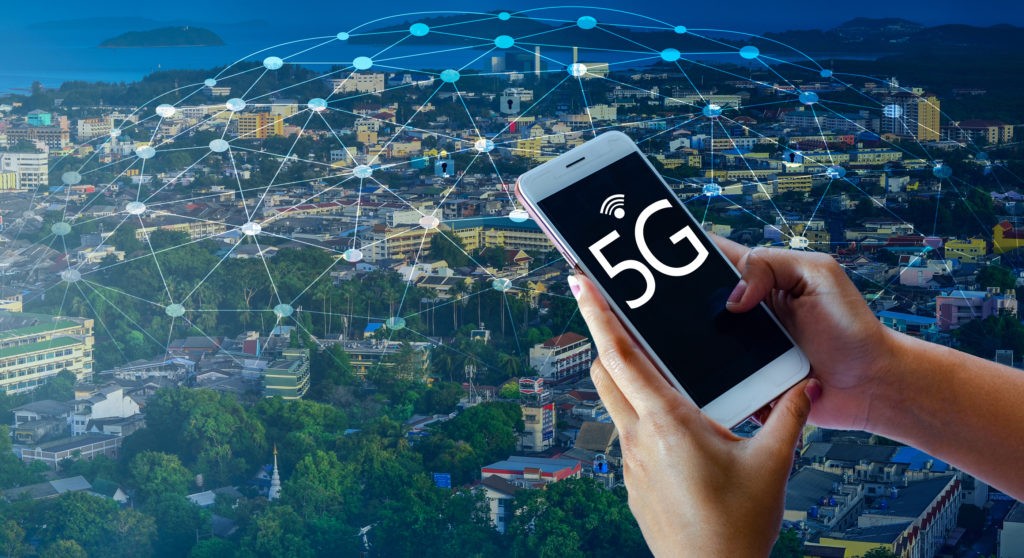 5G is the fifth generation of global mobile networks, designed to operate faster and with greater reliability than its 4G predecessor. Another of the big benefits of 5G is its enhanced capacity, designed to better cope with the proliferation of smartphone and tablet devices across the globe.

Aside from the improvements in baseline performance, 5G will also create a host of new, exciting avenues such as super-fast mobile connectivity, rendering landline phones redundant and cementing the era of the Internet of Things (IoT). 5G networks have already been unveiled elsewhere in Europe, including the UK, but plans are already afoot for Bulgaria to test and then launch its own 5G network next year.

A1 Bulgarian (also known as Mobiltel) has kickstarted its first trials of 5G connectivity. The tech firm has launched its first base station housed in the capital, Sofia, at the National Palace of Culture. The firm has been supplied the necessary equipment and the 3.6GHz band by Nokia and the trial will commence for a minimum of six months. Should the trial go as planned, A1 Bulgaria plans to unveil commercial operations over its inaugural 5G network sometime next year.

Telenor is also planning on commencing 5G trials before the end of the year after the Communications Regulation Commission (CRC) agreed to grant 100MHz of spectrum in the 3440MHz-3540MHz band to Telenor, A1 Bulgarian and Vivacom. The possibilities that will be presented to the people and businesses of Bulgaria due to 5G technology are incredibly exciting.

Improved connectivity will enhance the accessibility of mobile apps for Bulgarians. Revenue generated by mobile gaming in Bulgaria is expected to reach $5 million this year, but the base of mobile gamers in the nation is forecast to expand by more than 20% year-on-year in 2019. The advent of 5G networks will almost certainly encourage more people to participate in all forms of mobile gaming.

This could also include the region’s burgeoning iGaming industry, with Bulgarians permitted to play their favorite casino games online at popular UK online casino operators and those with licences elsewhere in Europe, notably Malta. Bulgaria’s iGaming sector is a great example for many European nations to follow. Its government has taken an open but regulated approach to online casinos since the introduction of new legislation in 2012. There’s no doubt that having a regulated yet vibrant iGaming sector has been a huge boon for the Bulgarian economy, with iGaming operators required to pay a €50,000 licence fee up front, along with 20% tax on all gaming revenues.

5G technology should also have a knock-on effect on Bulgaria’s video-on-demand industry. With streaming platforms such as Netflix and Vivacom rapidly expanding their services to Bulgarian consumers, it’s no surprise that its mobile revenues are set to grow in the coming years. In 2019, the video-on-demand sector is expected to generate $10 million in revenue, with forecasts anticipating growth to hit $11 million by 2023. That might not sound a significant rise, but in a country where user penetration is currently a mere 7.2% this year, it’s a sizeable jump.

Ivan Dimitrov, chairman of the Bulgarian Communications Regulation Commission, has warmly welcomed the efforts to bring the latest 5G connectivity to Bulgarian consumers. Dimitrov was also pleased to see the fresh outside investment and competition that comes from becoming the 50th nation to enter the testing phase of 5G networks. For Bulgarian businesses, it should also help to maintain their competitiveness in the European Union (EU) and encourage more outside investment in Bulgarian innovation going forward.