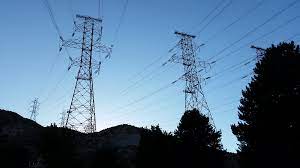 The price of electricity in Europe jumped by more than 25%, according to the prices of the European Electricity Exchange, Bloomberg reports. That’s about 14 times the seasonal average over the past five years. The increase in prices is due to the concerns related to the shutdown of the Nord Stream.

Earlier, Gazprom announced a temporary suspension of fuel transit through Nord Stream due to repairs to the only working Siemens turbine.

The technical measures are planned for the period from August 31 to September 2. In the absence of malfunctions, Gazprom will restore the pumping of fuel to Germany to the current level of 33 million cubic meters per day.