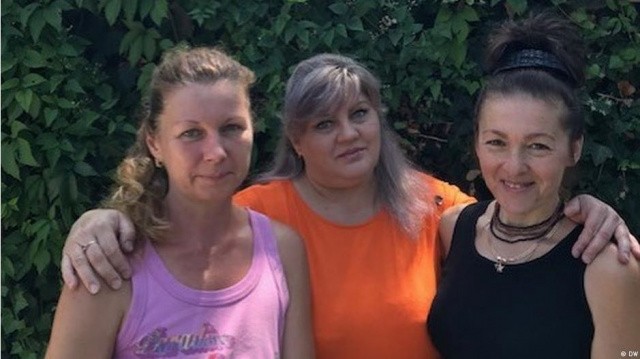 They are from Ukraine and Belarus. They have been living and working on the Bulgarian Black Sea coast for years. Here is what Larisa, Alona, and Evgenia say about their second home Bulgaria:

There is a shortage of qualified staff on the Bulgarian Black Sea coast – this has been claimed for years. Why then do we not bring people from Ukraine, Belarus, or Moldova, some ask. In fact, there are already some. Larissa, Evgenia, and Alona, ​​for example, work at the reception in a small tourist complex on the northern Black Sea coast. What do they say?

The Ukrainian Larisa is from Khmelnytsky and has been living in Bulgaria for 23 years. Every year she returns to Ukraine, where she spends several months. “We live in two countries,” she says. She is married to a Bulgarian, they have one daughter. Do I earn more in Bulgaria than in Ukraine? “I wouldn’t say,” Larissa replies cautiously.

Her compatriot Evgenia Vasileva – also married with two children – believes, as well, that pay is not a decisive factor. “If the job is good, you can earn well both in Bulgaria and in Ukraine,” she said. “I really like the work, the bad thing is that it is not year-round, but only for the summer,” adds Evgenia.

And does Bulgaria have the potential to attract more Ukrainians who would like to work and live here? “It depends on which part of Ukraine. Maybe yes,” Eugenia replied hesitantly.

Larissa likes Bulgaria because of the good weather and the sea. She also likes the fact that Bulgarians “value their history”. And Evgenia says: “In Bulgaria, I like nature and people the most. I can’t talk about politics because I don’t understand. It’s not my politics.” In the small town where she lives, she worries most about the level of health care and education. “This is the most important thing for my children,” Evgenia assures us. “In big cities, things must look different,” she added.

Alyona Filatieva, a native of Brest, Belarus, is worried about the political situation in Bulgaria, and Larissa does not like the country looking neglected. “Especially when it comes to cleanliness,” she said. But is it cleaner in Ukraine? “Of course! Khmelnytsky is the cleanest city I’ve ever seen.” Larissa believes that in order to improve tourism on the Bulgarian Black Sea coast, the attitude towards people must first change. Whether you are Romanian, Ukrainian or Bulgarian.” And the service should be kept at a normal, quality level,” she added.

At the same time, her colleague – a Bulgarian who also works in the tourism industry, but prefers to remain anonymous – is outraged by the low culture of some tourists. “When they’re on All Inclusive, they stuff their plates up and then throw half the food or drag it into the room. Recently, traffic police stopped a car with a foreign check number and the trunk was full of food taken from the buffet. They steal the towels, even the batteries from the TV remotes… “, the woman says.

Alona talks about tourists with much more sympathy: “People have come on holiday, they bring a good mood, they don’t cause us problems,” she says.

What do they say about Ukraine and Belarus?

All three have lived in Bulgaria for over 20 years, but have not severed ties with their countries. “It’s not very good in Ukraine at the moment, but people still live, work, and study,” Zhenya said, adding: “Even my relatives have a different opinion about the war there. Some say Ukrainian nationalists are to blame, others say – that the Russians came in to take power. I personally can’t judge, I’m not there and I don’t know. “

Larissa is also excited about the events in Ukraine. And she also finds it difficult to explain what is happening: “This is not a one-minute answer. What matters is how it started. And now it is clear – Ukraine against Russia, of course.”

And Alona is closely following what is happening in Belarus. She prefers to be informed first hand, not so much by the media: “My relatives tell me what is happening – my mother, my friend, who lives literally opposite the presidential residence in Minsk. People in Belarus want to live again in the peace that has been built by our president for years. New trends in the country do not lead to anything and people want this to stop and live as before. “

Larissa says that in Bulgaria she communicates with many other people from Ukraine, Belarus and Moldova – both tourists and staff on the Black Sea coast, as well as people who bought property here. “We have our own ‘Soviet Union,'” she joked, “and their communication is in Russian.’ And it’s an international language, after all. “

Alona confirms it: “Our compatriots from Ukraine, Belarus, Moldova – we communicate a lot with each other. We speak only Russian. And at home we keep our mother tongue. However, my boys speak Bulgarian to each other.” In Belarus, she worked as a teacher, taught in Belarusian, but spoke Russian at home. Ukrainian Evgenia adds: “I’ve been here for 20 years now and I not only speak but also think in Bulgarian.”

The three nice and smiling women feel good in Bulgaria. And this year the season on the Black Sea coast is better than last year, they say. Are they missing something? Alona answers on her own behalf, but the same probably applies to her colleagues: “It took me a long time to get used to not being in my country. I always wanted to return to Belarus with my family. But now in Bulgaria, I feel at home, that’s the best thing.”