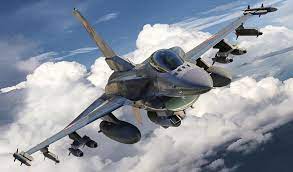 The United States has postponed the delivery of the 8 F-16 planes, which have already been paid for by Bulgaria, by two years, as it fears leaks of secret data about the planes to Russia. This is what “Euroactiv” reports, referring to the opinion of two former Bulgarian defense ministers.

In early April the US State Department approved the sale to Bulgaria of 8 new F-16 fighters (F-16 C Block 70) and related equipment.

“The delay in the delivery of the new American F-16 fighters may be due to a lack of trust in the Bulgarian authorities, who have not proven that they can reliably protect NATO secrets. I think that even the F-16 agreement is frozen under this reason because the security of the technology cannot be guaranteed 100 percent”, the publication quotes the words of former minister Velizar Shalamanov. “We have difficulties with the procedures for protection of classified information. I have worked in NATO for ten years and I know how they issue certificates for access to classified information after a study that lasts six to eight months. And here our people issued Peevski’s permission in less than five working days”, said the former Minister of Defense Velizar Shalamanov.

Delyan Peevski is a billionaire, a media mogul who, after becoming an MP, quickly received a certificate in 2013 in order to head the State Agency for National Security.

Shalamanov’s former colleague Todor Tagaev completely agrees with him. “Bulgaria must build a system for the protection of classified information. We continue to allow Russian MiG representatives at Graf Ignatievo Air Base. We need a 110% guarantee that no Russian will set foot there again and that base personnel will not drink vodka with Russians,” the former head of Euroactiv said.

In the last two years, the Bulgarian prosecutor’s office has conducted several investigations against Russian spies in the country, which led to the expulsion of dozens of Russian diplomats from the embassy in Sofia. So far, no Bulgarians have been convicted of Russian espionage.

A year ago, in the last days of Boyko Borissov’s government, the prosecutor’s office announced that it had caught a spy group in the Ministry of Defense. It was announced that the group was spying on Russia and trying to spread information about the new F-16.

Former ministers have spoken out in favor of acquiring second-hand F-16 fighters, which still have significant resources and are much cheaper.

In 2019, Sofia signed a contract with the United States for the supply of 8 modernized F-16 Block 70s, paying $1.26 billion in advance for which Bulgaria’s defense spending in 2019 exceeded 2% of GDP as the United States and NATO have insisted. The decision was strongly approved in Brussels and Washington. The United States promised to start delivering the planes in 2023, but earlier this year informed Bulgaria that the start of the contract would be postponed to 2025 “due to disruptions in the supply chain as a result of the coronavirus pandemic.”

The F-16 has been in series production since 1976, during which time it has undergone numerous modifications. The F-16 Block 70 version is considered one of the most modern.

Yesterday, the Dutch “Nieuwe Rotterdamse Courant” announced that the Dutch military pilots stationed in Graf Ignatievo to protect Bulgaria’s airspace had to hand over their personal phones to prevent the leakage of personal information and extortion. “Among the soldiers, there is one who has already received an offer to share information about the Dutch F-35s on Bulgarian territory for a fee,” said their commander Thomas.