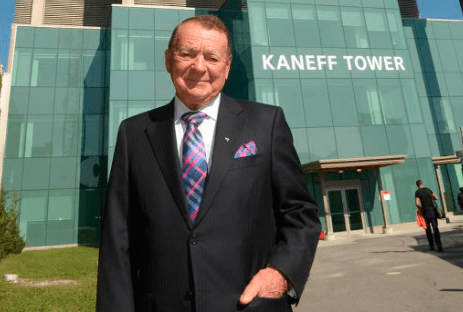 The three biggest losers, on the other hand, were Vasil Bozhkov ($1.6 billion) Tstvetan ($66 million), Darin Madzharov ($21 million) lost together in total $1.687 billion between them in net worth.

Ignat Kaneff is the oldest person on the top 100 richest Bulgarians list at 93, he was born in 1926. After the end of the Second World War, he travelled to Austria to escape the communist government. He worked in Austria for a construction company before moving to Canada in 1951 at the age of 25 to start his own construction company which has now grown into one of the largest construction companies in Canada.

Delyan Peevski is one of Bulgaria’s most powerful people due to his media businesses comprising over half of all Bulgarian media. He currently controls six out of 12 of Bulgaria’s biggest newspapers and also 20 newspapers in the country in total. He is also the owner of multiple construction firms and was once the owner of Bulgaria’s biggest tobacco producer Bulgartabac with revenues of over $112 million a year. Lately, he has been divesting from a lot of his businesses such Bulgartabac and some of his media companies due to a less than ideal business climate to both businesses amid falling profitability.

After graduating from school he moved to St Petersburg, Russia to attend ITMO university studying Physics. After that Hristo returned to Bulgaria and started a fund that helped privatize many companies in the Bulgarian energy sector and mining sectors. Kovachki is currently with interest in coal mines, gas suppliers, coal-powered electricity stations, heating companies around the country and Bulgaria’s only producer of briquettes. Kovachki was also the founder of the LIDER conservative party that got over 5% of the votes in the 2003 Bulgarian elections before being d

Ivo Kamenov grew up in the biggest coastal city in Bulgaria, Varna. At the fall of communism, he was part of an elite Bulgarian military unit. After the fall of communism, he left the military to start his own private security firm employing many of Bulgaria’s best ex-special forces members from which he then reinvested his profits to start an airline, a chemical business, invest in hotels and property. Ivo Kamenov is also a Shihan or what is otherwise known as a martial arts expert, he is currently the Chairman for the National Martial Arts Association In Bulgaria.

Nikolay Banev is a former soldier who got into the business by founding one of the first private companies in post-communist Bulgaria. His first company was a private security firm which he then invested in properties, restaurants, newspapers and ski resorts.