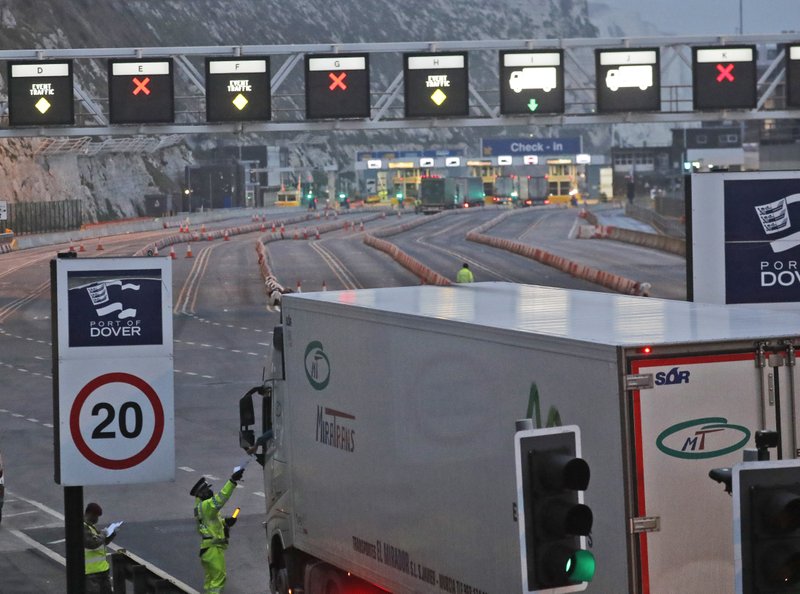 U.K. trade with the European Union deteriorated in the first month since the Brexit split, suggesting trade relations between the two economies will suffer more than the British government anticipated during Brexit negotiations.

U.K. goods exports to the EU fell almost 41% in January from a month earlier, while imports from the bloc dropped 29%, data from the Office for National Statistics showed Friday. The hardest-hit EU imports were machinery and transport equipment, especially cars, and medicinal and pharmaceutical products.

Importers on both sides of the channel built up inventories ahead of the Jan. 1 split, leading to less cross-border freight shipped by air, sea and rail and largely avoiding the prolonged traffic jams that many critics had predicted.

The British government had insisted any friction suggested by more high-frequency data has been mere “teething problems,” but the evidence from the statistical agencies of Germany, France, and Italy indicated there was a hefty drop in shipments from the EU to Britain in the first month after the transition period ended.

It is not known how much of this is permanent and how much is ‘teething troubles and will gradually return British experts say.

Exports of food and live animals to the EU — goods that are costly and difficult to stockpile — plunged 64% from December, potentially due to stricter checks and certifications implemented by the EU at the end of the transition period, the ONS said.

The Scottish exporters of seafood has pointed to a rise in “red tape” on goods sent from Scotland to France, with consignment sign-off taking six times longer and previously overnight transit now lasting three days.

In a statement after the data were released, a U.K. government spokesman blamed the results on stockpiling, Covid-19 lockdowns and businesses adjusting to the new arrangement. The numbers don’t reflect the country’s overall trading relationship with the EU, the spokesman said.