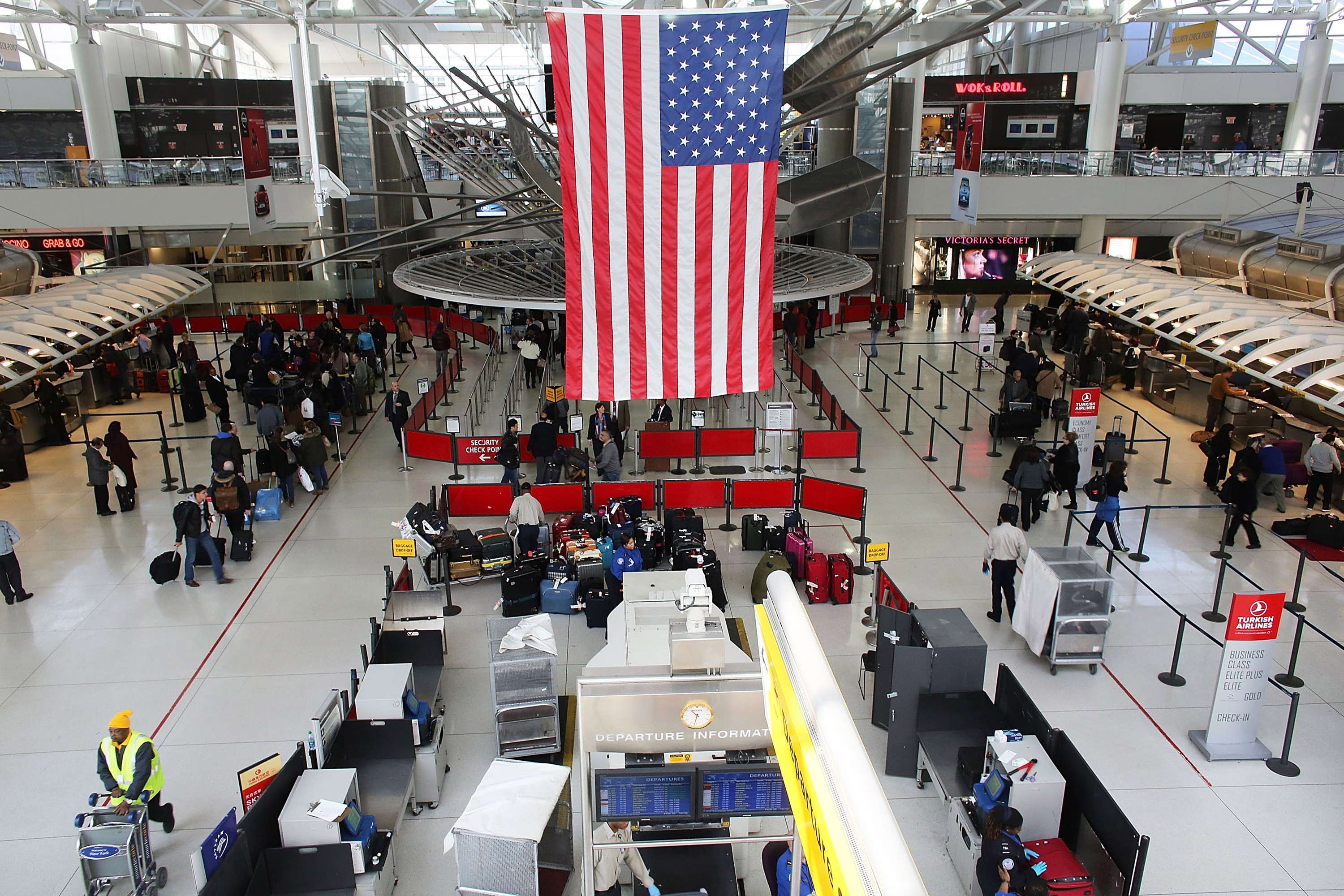 US President Donald Trump has announced travel restrictions to and from Europe in an effort to combat the spread of the new coronavirus COVID-19, the BBC reports. The new rules enter into force Friday at midnight.

“There will be exemptions for Americans who have undergone appropriate screenings.”

Trump described the measure as a way “to keep new cases from entering our shores.”

However, he said the “strong but necessary” restrictions would not apply to the UK, where 460 cases of the virus have now been confirmed.

A Foreign Office special message clarifies that the measure affects all non-US citizens and their relatives, those with permanent residence rights. The ban will also apply to all foreign nationals who have physically been in Europe 14 days before they enter, or try to enter, the United States. It encompasses the 26 countries in the “Schengen Area,” a grouping of countries in Europe that allow their citizens to travel freely across national borders, including France, Germany, Spain, Italy, among others.

The order excludes non-Schengen European countries, such as Ireland and Croatia.

The US president also announced a plan for billions of dollars in support of small businesses to mitigate the economic impact of the epidemic in the country. He also called on Congress to accept tax breaks as part of an “aggressive and comprehensive effort” to fight the virus.

Officials in Washington say the risk of infection is low for the general public in the United States, but concern has deepened as more and more cases continue to be confirmed. The army has blocked the town of New Rochelle north of New York, where a virus outbreak has been established. The National Guard supplies food to quarantined persons.

The high medical costs make the virus particularly problematic – many Americans avoid doctor visits because they cannot afford it, the BBC said. The lack of paid sick leave is another problem, as are concerns about the number of coronavirus tests available.