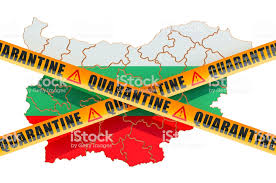 The National Operations Headquarters and the government are considering lifting controls on coronavirus at borders and focusing efforts on early detection and tracing of contacts of infected people in clusters. This was announced by the member of the staff and state health inspector Angel Kunchev during the regular morning briefing on Thursday.

He added that the abolition of the 14-day quarantine, to which all those arriving from abroad are subject, will be announced in the near future, and this is likely to happen in the coming weeks. Until 15 June, the EU’s external borders are closed to non-essential travel by non-European citizens.

Regional health inspectors will be withdrawn from border checkpoints and targeted to detect new outbreaks at an early stage.

Wearing masks indoors, disinfection and personal hygiene requirements will remain after the other restrictions are lifted.

Gen. Ventsislav Mutafchiiski announced that from Monday it will be possible to monitor the development of the epidemic in Bulgaria electronically, as all that hospitals and laboratories are already trained to submit information via the Internet to a unified information system.

Mutafchiiski also announced that doctors from the Military Medical Academy had been invited to exchange experiences at the San Tomaso Hospital in the province of Lombardy in Italy. They were shown that the immunity of COVID-19 survivors declined sharply three months after cure. The Italian hospital has focused on the production of blood plasma from survivors to prepare for a possible second wave of the epidemic.