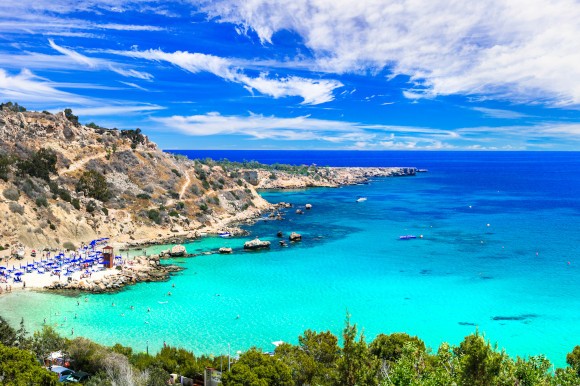 The Cyprus government announced an ‘improved plan B’ with a major input from the European Investment Bank to rescue the economy hurt by the coronavirus pandemic with loans worth €1.7 bln, as well as subsidies of interest rates for business and housing loans, after it failed to pass a smaller loans-guarantee scheme through parliament which would have required greater transparency.

President Nicos Anastasiades announced a 10-point set of measures on Wednesday night that aim to support employees and the economy, providing fresh liquidity and subsidies, with the ruling party saying it was clearly improved from the earlier package, while the opposition voices said there was nothing new.

However, employer groups said it was “direct aid to businesses and self-employed”, with the Director General of the Employers and Industrialists Federation (OEB), Michalis Antoniou calling it a package “injected with the OEB proposals as submitted during our continued dialogue with the government’s economic team.”

“This is a package of measures that is capable of restarting and rescuing the economy. We assure the state and society that the businesses will win this war. Now, better armed and with confidence, we’re going ahead with the great counter-attack”, Antoniou said in his first comments after the president’s declaration.

Both OEB and the Chamber of Commerce (KEBE) said they will wait for further clarifications from Finance Minister Constantinos Petrides on Thursday in order to give guidance to their members.

Ruling DISY leader Averof Neophytou, who had labelled the first measures a month ago as “the best package in Europe, in the world even”, said Thursday morning on CyBC radio that the second plan was “far batter”, and that about 90% of the new measures would not need parliamentary approval.

The first package found two fundamental stumbling blocks in the House, with deputies suggesting the reduction of the initial €1.5 bln in government-guaranteed loans through commercial banks to €1 bln and to increase the amount whenever necessary.

The second obstacle came after MPs demanded that the Audit Office sit in on all decisions to award government guarantees, to ensure that favouritism was not used in allocating rescue loans by the banks. Fearing the extent of transparency in the matter, this prompted the administration to rescind the first package, saying it would return with improved measures that would include direct aid.

The primary focus of the new package is the €800 mln for small and medium-sized enterprises from EIB funds that will be deposited in the Cyprus Enterprise Fund, a facility that existed from 2014, but had minimal amounts. This will be allocated through the commercial banks, with the state putting up half of the amount, which the government translates as a ‘50% state guarantee’.

Only SMEs employing up to 250 people will be beneficiaries of this fund, in other words, about 95% of all businesses in Cyprus.

There will be an additional €500 mln for midcap companies, employing up to 3,000 workers, raising the total in this facility to €1 bln. The main beneficiaries of this measure will be shipping and ship-management companies.

The tourist industry will benefit from a reduction in the value added tax (VAT) from 9% to 5% as of July 1 and continuing to January 10, 2021, while the government is doubling its air and sea connectivity resources to €15.7 mln by the end of the year.

For loans, the government will subsidise by 3.5% and for two years all new loans since March 1, mainly for SMEs and housing, with this subsidy lowered to 1.5% for the third and fourth years, where the average interest rate on such loans is currently at 2%. This will benefit the construction sector.

Furthermore, companies that had enlisted in the government’s scheme for partial or full suspension directly affected by the health and safety provisions of the Covid-19 pandemic, will be eligible for direct grants, ranging from €1,250 up to €6,000 for companies employing as many as 50 workers.

Excluded from this measure will be companies that had laid off workers or are considered as not ‘viable’ or ‘problematic’ by the state or the Labour Ministry’s Social Insurance Department.

President Anastasiades also said that the Cabinet has instructed all government departments to embark on major public development projects, based on those that had been announced so far but were suspended or are considered mature to proceed, regardless of when they were budgeted to commence.

Finally, for the agricultural sector, the government is increasing its aid from €12 to €22 mln.

In his remarks, the president said that, “thanks to the front-line heroes, our excellent scientific associates, it has been possible to bring under control the spread of the pandemic, reduce the austere measures and gradually allow our lives to enter a new normality.”

Anastasiades added that “it has been possible to control the spread of the disease, but not to eradicate it,” and warned:

“The state will not tolerate and it will not allow those who disregard the rules of hygiene and social responsibility to continue behaving in ways that turn against the population as a whole.

“The consequences of the pandemic have not only threatened the health and the lives of the citizens but are also posing a danger to people’s occupation and the survival of small and big enterprises while they have overturned the so far ongoing development.”