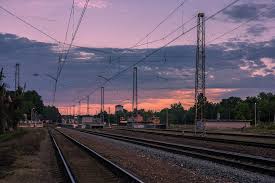 The fast train № 2602 from Varna to Sofia derailed in the section between Levski and Pordim after a motorist made an attempt to go though railway level crossing when it was closed and crashed into the first carriage of the train.

No passenger or train staff have been injured. Inspections and investigative actions are currently being carried out on site. Arrangements were made to transport the passengers with another train. There were 105 people on the train. As the section is double-track, there will be no interruption in the services of other trains.

Bulgaria’s State Railway Company, BDZ, calls on drivers to respect road traffic rules. Any non-compliance with the Road Traffic Act and crossing when barriers are down or there is activated sound and light signals indicating the approach of a train to the level crossing is a risk to the lives of drivers and their passengers.