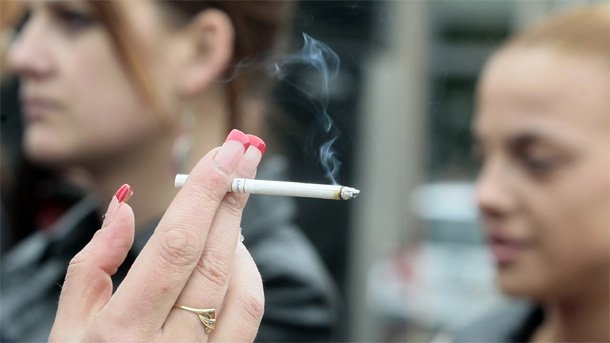 About 40% of young people (between 15 and 29 years old) in Bulgaria smoke traditional cigarettes practically every day, including 14% of young people under the age of 18 who are smokers. This is shown by a sociological survey by “Gallup International Balkan” commissioned by the Ministry of Youth and Sports, conducted in October. 1008 young people were interviewed using the face-to-face method.

The sociological agency notes that there are probably attempts to conceal and consciously deny that some of the young people smoke. The share of smokers among 18-24-year-olds is close to half.

Alternatives to traditional cigarettes, it seems, have not succeeded in displacing them in consumption among young people in Bulgaria. Liquid or heated tobacco e-cigarettes are less popular. Nevertheless, such “healthier” alternatives are periodically used by around and over 1/10 of Bulgarian youth. These shares are higher among the lowest age categories.

The taking of hard drugs is rather kept quiet by the youth. The answers are only indirect. Several percent admit to knowing users, including regular, heroin, cocaine, etc.

Weak alcoholic beverages (such as beer and wine), according to the declared answers, are the subject of daily consumption for 7.3% of the young people questioned. Over a quarter consume light alcoholic beverages less often, but not less than once a week. The use of light alcohol is much more common among young men. After coming of age, daily use among young people reaches about one third of the respondents.

The use of strong alcoholic beverages is also not foreign to the everyday life of Bulgarian youth. Two out of five people said they know peers who drink hard alcohol on a daily basis.

Paradise gas and helium, which have recently become popular in Bulgaria, are also already well-known among young people. However, daily use is not so widespread – 4.1% of the young people asked say they know their peers who use kerosene every day and 1.1% – helium.

Many neither study, nor work, nor upgrade their qualifications

The sociological survey touched on other topics as well, as half of the young people questioned stated that they know peers who for at least a year neither study, nor work, nor work in any other way to improve their qualifications.

More than a second of the respondents who have among their peers people who do not make efforts for their development, education or for their own income, summarized that the reason is actually a kind of laziness or irresponsibility. It is pointed out that 23% of those who know such young people say that the problem is actually excessive parental care.

When asked directly if they know such young people who do not develop for at least a year, but have a good life because their parents or relatives support them, 39.3% gave a positive answer.