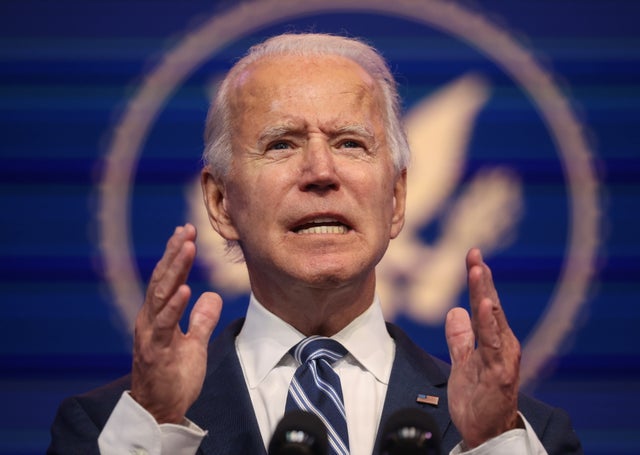 But the US president-elect – who has been making contact with foreign leaders – insisted nothing would stop the transfer of power.

Mr Trump meanwhile tweeted he would ultimately win the race that all major TV networks have forecast he lost.

As happens every four years, US media projected the election victor.

None of the state-by-state results have yet been certified, several vote counts are continuing, and the outcome will only be set in stone once the US Electoral College meets on 14 December.

Mr Biden has been fielding phone calls with foreign leaders as he prepares to assume office.

Referring to those calls, Mr Biden said: “I’m letting them know that America is back. We’re going to be back in the game.”