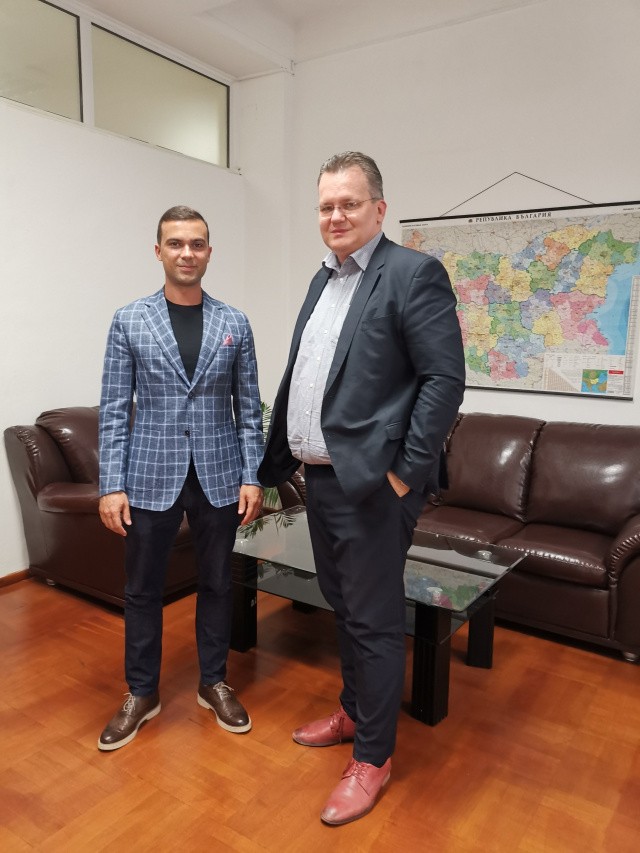 Opportunities for closer cooperation between Bulgarian Small and Medium-sized Enterprises Promotion Agency (BSMEPA) and Automotive Cluster Bulgaria (ACB) were discussed by representatives of the two organizations. The Executive Director of BSMEPA Dr. Boyko Takov and the Executive Director of ACB, Mr. Lubomir Stanislavov discussed ways of promoting cluster companies through the two projects of the Agency for Internationalization of Bulgarian Enterprises, funded by OP „Innovation and Competitiveness“ 2014-2020. In addition, support can be provided by organizing participation of the companies on a national stand at international exhibitions, specializing in the automotive industry. „We can also think of including the cluster members in trade missions, the participation of which will be organized and financed through the Agency, again with funds from OPIC“, suggested Dr. Takov.

The initiative of the Ministry of Economy to hold a business forum with intensive bilateral meetings in Regensburg, Germany was also discussed. Partner from the German side is the Bayern Automobile Cluster and an organizer from Bulgarian – BSMEPA. The idea is to hold a promotional event, during which the opportunities of the Bulgarian automotive industry will be presented. The aim is to promote Bulgarian subcontractors’ potential for the automotive industry, to emphasize the performance of the Bulgarian sector for the production of automotive parts, assemblies, and systems and to focus on the opportunities for partnership in the field of scientific and technological transfer. „We have the idea to present in detail the favorable conditions for production, research and development and business in Bulgaria“, underlined the Executive Director of BSMEPA. The forum is expected to be held in the second half of October this year.

Automotive Cluster Bulgaria was established in July 2012 as a non-governmental organization representing the interests of the automotive industry partners. It stimulates the links between its members and supports the development of their business and competitiveness by participating in joint international projects and professional qualification programs. ACB currently consists of 54 nationally and internationally recognized companies with over 47,000 employees in Bulgaria and over 665,000 worldwide.