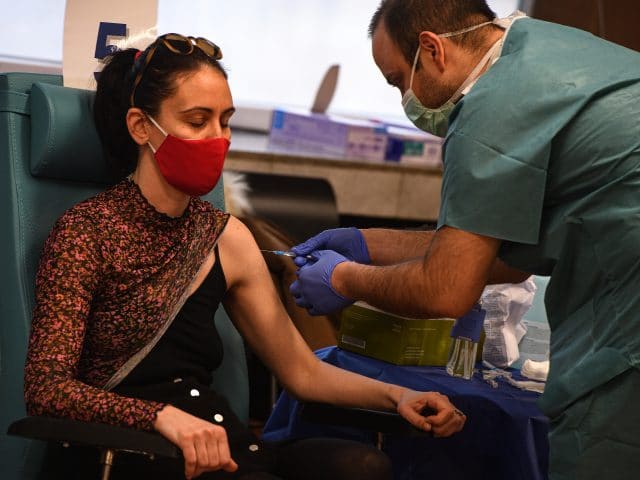 Bulgaria has introduced new anti-COVID restrictions as the country battles a rapid surge of infections due to the Delta variant.

The eastern Balkan country has one of the highest coronavirus death rates in the European Union since the start of the pandemic.

Despite this, Bulgarian citizens are the most hesitant in the bloc to get vaccinated against COVID-19.

Bulgaria has access to all four of the vaccines approved by the EU — those developed by Pfizer/BioNTech, Moderna, AstraZeneca, and Johnson & Johnson.

But since the start of the pandemic, more than 19,000 people in Bulgaria have died of COVID-19, the EU’s third-highest death rate, behind only the Czech Republic and Hungary.

In the last week, an average of 41 people have died each day.

In response, the government imposed tighter restrictions on Tuesday. Restaurants and cafes must close at 23:00. and their tables are limited to six people.

Nightclubs have also been shut and cinemas and theatres are now limited to half capacity and outdoor sports arenas are limited to 30% capacity.

Mariya Sharkova, a public health law specialist, believes that Bulgaria’s worryingly low vaccine uptake is the result of residents’ low trust in official institutions, along with online misinformation about the shots, political instability, and a weak national vaccination campaign.

“In Bulgaria, we don’t have good health literacy,” Sharkova told the AP. “Many people choose to believe conspiracy theories and fake news.”