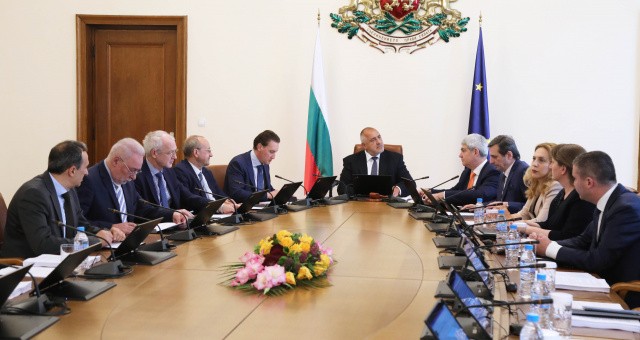 Decisions have been made on a package of anti-crisis measures, said Deputy Prime Minister Mariana Nikolova.

“With this act of goodwill from employers, unions and the government, we are showing common sense. It is very complicated and no one can handle it alone. With common efforts, if we can get out of the crisis caused by COVID-19, it will be good. “This was stated by Prime Minister Boyko Borissov after the signing of the National Tripartite Agreement between the Government of the Republic of Bulgaria and the social partners and employees.

Prime Minister Borissov expressed gratitude to all participants in the process of preparation and finalization of the agreement, containing measures in five key sectors for the economic development of our country. And they are: business environment and economy; energy; European green deal; demography, education, labor market and labor migration; social protection policies.

The Prime Minister was adamant that now is not the time for controversy, but for unification in the name of successfully overcoming the socio-economic consequences of the COVID-19 pandemic.

Domuschiev described the tripartite agreement as “historic”. “We came to the conclusion that we need to be modern employers and unions, to have a good social dialogue, we agreed to bury the tomahawks. We managed to reach a consensus on many topics, we made compromises on many things – something I don’t think has been done. in Bulgaria, “Domuschiev said.

The Minister of Social Affairs Denitsa Sacheva stated that one of the most important points in the talks is the agreement on the minimum wage. “What was done as a compromise by the employers was that the first three days of sick leave will continue to be paid by them. The unions agreed not to return the income of the poorest families “, explained Sacheva.

“At this stage we do not have a decision to grant additional paid leave for mothers of young children. This is not expected to be accepted, as funds are being diverted to more pressing sectors. The costs for such a measure would be at least BGN 350 million. We have set aside almost BGN 1 billion to support employers. Regarding working parents on leave, we gave them the opportunity for one-time assistance. Today it was agreed to extend the measure on loans. For preschool children, the Ministry of Education and Science has made it possible to provide additional activities for the summer. The views of the government at the moment are that parents can be supported by other measures, “Sacheva explained.

The Minister of Energy Temenujka Petkova thanked the social partners for the constructive dialogue and added that how competitive the Bulgarian business will be depends on how the energy will develop.

The Minister also said that the partners have agreed on the development of the Marishki pool, as its functioning is important not only for energy but also for our national security. “The other important topic was the full liberalization of the electricity market. Bulgaria is one of the last EU member states not to do so completely. Now we have agreed to make this a fact and to do it in several phases – first on the wholesale market, and then – on the retail market, “Petkova explained.

“Important priorities have found a place in the agreement – tacit consent, improvement of the environment, the mechanism for setting the minimum wage. A very important message is that social benefits are linked to learning and work. It is important that education is connected to the needs of business. At a time when almost all countries are confused and do not have clear visions for their future, Bulgaria did not incur huge costs. This agreement creates social peace in these conditions, which gives a good signal to all investors. We made many compromises for this to happen “, commented the Chairman of the Management Board of the Bulgarian Chamber of Commerce and Industry (BCCI) Tsvetan Simeonov.