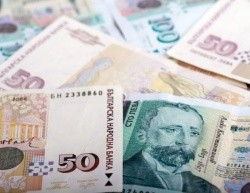 The Treasury is already at deficit of BGN 183 million, according to the projection data for November provided by the Bulgarian Ministry of Finance. In October, the surplus in the Treasury was over BGN 654 million.

The monthly deficit in the Treasury is no surprise, but for the first time this year there is also a deficit on a consolidated basis.

The total surplus from October and the projected deficit in November exceed BGN 800 million under conditions when treasury spending is more than revenues.

The tax revenues at the end of October are less than BGN 30 billion, and only from VAT (one of the main revenue sources in the Treasury), it is a little over BGN 9 billion.

A number of goods and services, mainly in the field of the restaurant industry, will pay a lower VAT during the year and instead of 20% they are levied with 9% indirect tax.

As of today, another tax relief comes into force, namely for home food deliveries.