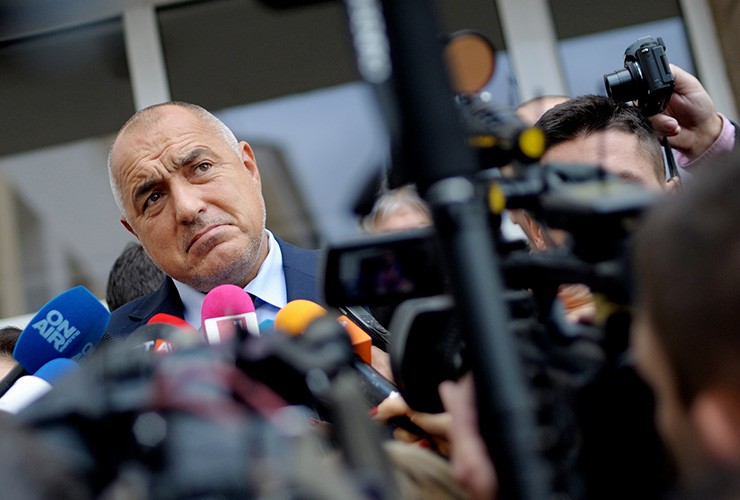 Bulgarian media are still the least free in the EU and in Southeast Europe (SEE) as the few outspoken journalists are victims of smear campaigns, harassment by the state, intimidation and violence, international non-profit, non-governmental organisation Reporters Without Borders, RSF, said on Tuesday.

Bulgaria lost one position and now ranks 112th among 180 countries in RSF’s 2021 World Press Freedom Index ranking, according to data published by the non-governmental organisation. The country’s score fell slightly, by 2.23 points, compared to 2020

The situation of the media in Bulgaria is very worrying because no one is interested in investigating or condemning violence against journalists, RSF said.

“The government allocates EU and public funding to media outlets with a complete lack of transparency, with the effect of encouraging recipients to go easy on the government in their reporting,” it added.

Delyan Peevski, the oligarch who was the most notorious embodiment of this aberrant state of affairs, has sold his media outlets but his influence over the media continues to be problematic, while judicial harassment of independent media, such as Bivol and the Economedia group, constantly poses a threat to press freedom, RSF also said.

“One of Economedia’s owners, Ivo Prokopiev, was finally acquitted in June 2020 on charges that seem to have been politically motivated,” it noted.

In SEE, Slovenia was ranked highest in the 2021 World Press Freedom Index, although the country lost four spots to the 36th position, as the Jansa government took tentative institutional steps to undermine the editorial and financial independence of the public TV broadcaster and the national press agency, eliminating funding for the latter in late 2020 and early 2021.

Romania took the 48th position in the ranking, the same as in the previous edition of the index, although, according to RSF, the government’s vision of journalism and freedom of expression encourages censorship and self-censorship, while the mechanisms for funding the media are, in many cases, opaque or even corrupt.

Croatia and Bosnia and Herzegovina were ranked 56th and 58th, respectively, Kosovo lost eight positions to the 78th spot, while Albania climbed one position to the 83th spot.

Moldova’s media are diverse but extremely polarised, like the country itself, which is characterised by chronic political instability and the excessive influence of its oligarchs, while the situation of the media in North Macedonia worsened as senior government officials continued to threaten and insult media outlets, while cyber-harassment and verbal attacks against journalists increased on social media, RSF also said.

Serbia is a country with weak institutions that is prey to fake news spread by government-backed sensational media, a country where journalists are subjected to almost daily attacks that increasingly come from the ruling elite and pro-government media, whereas Montenegro’s authorities continue to harass the media and professional journalists while the main cases of violence against journalists remain unpunished, RSF noted./SeeNews