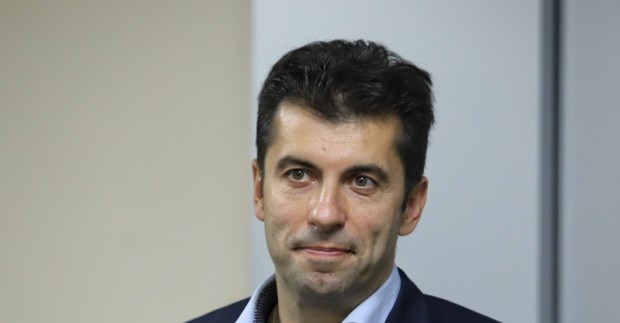 Bulgaria continues with its plans to change the national currency with the euro from 2024, but the government must increase its active efforts to explain this change to the population, which remains divided on the issue. This was stated by Bulgarian Prime Minister Kiril Petkov in an interview with Bloomberg, and the agency added that this was the first official confirmation of the current single currency exchange rate since he headed the government in December.

In the interview, the Prime Minister also announced that they are working to make Bulgaria one of the countries in the Schengen area within 6 months.

As well as the introduction of the green certificate for employees of the state administration, if they want to be allowed to work.

Support among Bulgarians for joining the eurozone is volatile, with about half believing it will have bad consequences and more than three-quarters worried there will be speculative price increases, according to a July Eurobarometer survey cited by author Slav Okov.

“This cannot come out of nowhere. When it is not well communicated and then implemented or imposed on the population, there is always a risk of political instability, which should not exist,” Bloomberg quoted the Prime Minister. The publication reminds that the Bulgarian government already has a problem with the poor explanation of the measures against COVID-19 and vaccination.

The agency did not mention that Finance Minister Asen Vassilev, who is also an ally of Petkov in the founding and leadership of the “We Continue the Change” project, made statements last year questioning Bulgaria’s ability to prepare enough for the euro in 2024. , as the previous regular rule of GERB set such a goal.

Until the refusal of the lev, a currency board will operate at the current exchange rate – Kiril Petkov, Prime Minister

“The fragmented four-party coalition faces difficult challenges as Bulgaria emerges from a protracted political crisis marked by scandals of corruption, widespread distrust of public institutions, and growing inequality. The government sees the introduction of the euro as helping the economy catch up the rich countries in the EU”, Bloomberg writes. Doubts among eurozone countries about the integration of more backward Bulgaria, as well as rising inflation, have so far delayed the process of adopting the euro, the agency said.

In the interview, Petkov also spoke about the fight against corruption, as the principle by which if violated – the government will fall. “The coalition will stay in power as long as we maintain zero tolerance for corruption. If a coalition partner bypasses this or if the government falls because of it, so be it.”

The Prime Minister spoke about the strengthening of the anti-corruption institutions and the accountability mechanism by the Prosecutor General, due to which there is a lot of criticism from the European Union. Progress in this area would also help Bulgaria join Schengen in the next six months, an ambition of previous governments that the parties to this agreement did not allow to be realized due to doubts in the fight against corruption.

The pandemic will be more actively combated through campaigns and fiscal incentives for voluntary vaccination, as well as the introduction of certificates certifying this vaccination or COVID-19 post-illness for the public administration, Petkov said. This may be difficult because some of his coalition partners openly oppose the measure, said Slav Okov. It is not a popular measure and we are losing political support. But we don’t care. It is important that this is done for the sake of the people, the prime minister explained.

The conversation also revolved around the Bulgarian position on NATO and Petkov explains that the words of the Minister of Defense Stefan Yanev are his private opinion.

Bulgarian Defense Minister Against the Deployment of NATO Troops in Bulgaria

“At the moment, we have not discussed with any of our NATO partners, nor internally in the government, anything specific about additional military units or anything else. There will be discussions, but I would like to see the projects under the Connecting Europe mechanism and NATO’s military mobility along with the axes from Greece to Romania throughout Eastern Bulgaria, I think this would be a key component of the constructive NATO membership,” Petkov said of NATO’s presence in Bulgaria.

These are infrastructure projects that improve the alliance’s logistics, including more bridges over the Danube and roads connecting Greece and Romania.

Speaking to Bloomberg, the prime minister also commented on tensions between Ukraine and Russia, the situation with Crimea, the energy crisis in the EU, debt placement on international markets, and other key economic issues.

Regarding relations with North Macedonia, he said:

“So far, the main focus has been on the historical debate. But I think it’s more important to put all discussions on a win-win basis for everyone. That’s why we’re opening five new groups – infrastructure, the economy, cultural exchanges, EU accession, and history. I hope that these will not be just government meetings – I want these groups to work extremely effectively in the next 6 months and achieve real results, for example, I do not understand why I have to fly through Vienna to go to Skopje. I don’t understand why we don’t have a Sofia-Skopje railway connection.”