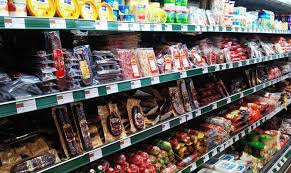 Sales industry representatives agree to work five instead of seven days a week.

Over 85% of the retail stores, members of the association, are closed because they are located in large shopping centers. Because of the restrictive measures, the sector loses hundreds of millions of levs and calls on the government to save the sector from bankruptcy. Between 10 and 15 percent of the retailers in the country have already gone bankrupt, announced the chairman of the organization Marian Kolev.

“The drop in turnover is up to 90%. The part of the aid that the state has promised and which has so far been absorbed is minimal.”

Therefore, in their letter, the owners insist on the immediate opening of the shopping centers so that at least partly they can resume their activities or, if a new lockdown is imminent, it will be for everyone after the example of Europe, not discriminatory, Kolev added.

The organization is pushing for a revision of the measures imposed so far and immediate payment of the promised aids. For example, those 10 percent of traders who submitted documents on the first day of the support program launch have not yet received a single lev.