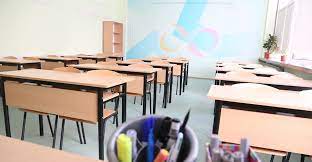 Late last night, another 90,000 tests for COVID-19 for students arrived at the warehouse of the Bulgarian Red Cross (BRC), the Ministry of Education announced. Today they are distributed in schools. Thus, the shortage of tests for students from grades 1 to 12, who will return to class on December 6, has been reduced to 60,000.

At the end of the day, it will be clear how many parents have agreed to resume on-site studying with testing once a week.

“After the order of the Minister of Health was changed with the tests that arrived late last night, we are assured for next week. What has been promised is that new tests will come next week so that we can continue this process already with the one-time testing “, said Nikolay Denkov, Minister of Education and Science.

Yesterday, the Minister of Health Stoycho Katsarov assured that he had agreed with the Ministry of Education on the available quantities of tests. “They allow everyone to go to school on Monday with a one-time test.” The Minister clarified that these are gentle tests, although he recommended for students from 8th to 12th grade that the tests be with a nasopharyngeal sample. The two ministries announced that they had agreed to do the research once a week, and not twice as usual for the youngest (grades 1 to 4). This will allow tests to be provided for all students until new deliveries are made. The education ministry later denied the health minister’s announcement, saying it needed more than 150,000 non-invasive tests to return all students to the December 6, 2021 class, even if it only tests once a week.