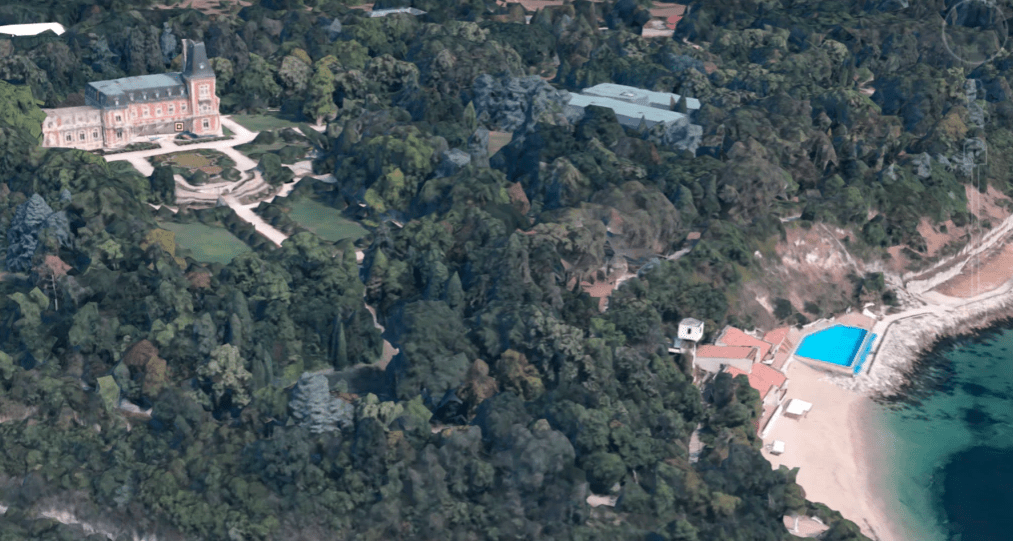 Remnants of a communist-era hotel and resort network that once provided subsidized vacations for millions of Bulgarian workers still exist.

But more than three decades after the collapse of communism, the legacy of Bulgaria’s Soviet-style “recreation stations” is a perk enjoyed only by public officials and civil service employees.

The rest of the country — Bulgaria’s taxpayers — must pick up the tab for maintaining what is left of the system at a cost of more than $11 million a year.

Those are the findings of a World Bank study that the Bulgarian government commissioned in 2018.

It says that — out of thousands of so-called “recreation stations” that provided state-subsidized vacations for 3 million Bulgarian workers per year in the late 1980s — there are still at least 115 state-owned “departmental resorts” in Bulgaria’s mountains and on the Black Sea coast.

Such facilities escaped the economic changes that came to Bulgaria during the 1990s through privatization and the introduction of a free-market economy.

The largest number of recreation stations are the property of the Defense and Interior ministries.

But Bulgaria’s high courts and the Prosecutor-General’s Office also own properties at prime locations.

That means police, military officers, judges, and prosecutors are all able to take vacations at the seaside or in the mountains at the expense of taxpayers.

Those losses that are covered by the state budget.

In fact, the World Bank experts recommended that government ministries and departments get out of the business of running their own subsidized vacation centers for their employees.

“The management of tourist accommodation is not a typical function of the government,” the report said.

But Bulgaria’s government is not heeding the World Bank’s call. It is not giving up the resorts. In fact, some departments want even more of them.

“Despite the availability of various accommodation options at the moment, there remains a strong sense of attachment among government officials to departmental resorts and state-subsidized holidays,” the World Bank report concluded.

Within the Soviet-led Council for Mutual Economic Assistance (COMECON) that was formed in 1949, one of Bulgaria’s specializations was tourism.

During the 1950s and 1960s, Bulgaria constructed large seaside resorts on the Black Sea coast for mass tourism — and the government soon became reliant on those facilities as a source of foreign currency from other COMECON countries, such as Poland, Hungary, and East Germany.

The Sunny Beach resort was built on the south coast near the city of Burgas and the ancient town of Nessebar.

Mountain resorts were also built as centers for winter skiing vacations — notably, Pamporovo to the south of Plovdiv in the Rhodope Mountains and Borovets in southwestern Bulgaria on the Rila mountain range.

To accommodate Bulgarians, a network of beachfront and mountain facilities were built where state workers could take government-subsidized vacations.

Known as “recreation stations,” each facility was associated with a specific state institution — such as state-owned factories, stores, government agencies, and ministries.

The quality of the resorts differed depending upon the size and clout of the institution it was associated with.

The elite of the Communist Party usually enjoyed more extravagant resorts equipped with spas and saunas and situated in the most desirable vacation locations.

A large state-owned factory would have one recreation station where all of its workers could go — provided they obtained a special card authorizing them to vacation there.

Workers at a small factory would often be sent to rudimentary hotels close to the Black Sea or simple mountain huts near the major ski lodges.

The system lumbered on in the years that followed the collapse of communism in 1989.

By the end of the 1990s, most of Bulgaria’s recreation stations were either bought out through privatization or became dilapidated due to a lack of funds for operations and repairs.

Some have been transformed into modern hotels. Others are now abandoned.

In mid-February, RFE/RL contacted the Defense Ministry, the Interior Ministry, the Prosecutor-General’s Office, the Supreme Court of Cassation, and the Supreme Administration Court to seek current information on the maintenance costs and attendance figures at their resorts.

So far, only the Interior Ministry has responded.

“In 2020, our recreation centers had more than 2,000 people from our staff staying in these accommodations,” the ministry said.

The Interior Ministry also said it spent more than $3 million from its budget to maintain and operate its vacatioin centers in 2020. It did not disclose the total amount of money paid by its staff to stay at the facilities.

In early February, the Prosecutor-General’s Office asked the Supreme Judicial Council to adopt a position that will allow it to acquire another recreation station on the north coast of the Black Sea near Golden Sands.

It is part of the Chaika resort complex and boasts an indoor and outdoor swimming pool, spa, sauna, gym, restaurant, and a conference room.

The property is currently owned by the State Consolidation Company — a government company that receives proceeds from privatization deals and manages the state’s remaining shares in firms that have been partially privatized.

The property has not been used since 2017.

It is estimated that Bulgarian taxpayers will have to pay more than $2 million to repair the facility and return it to service.

According to the latest price for the use of department vacation centers by employees of the prosecutor’s office and the higher courts, employees would pay about $8 per night to stay there.

That is far below the market price of private hotels nearby that charge anywhere from $100 to $300 a night.

Meanwhile, the prosecutor’s office has other vacation facilities on the Black Sea coast at the resorts of St. Constantine and Helena and at the town of Byala. It also has a campsite near Varna.

For visits to the mountains, the prosecutor’s office has “departmental bases” in Borovets, on Vitosha mountain, and at the Tsigov Chark ski resort in the western Rhodope Mountains.

“These are not holiday resorts, but rather training centers,” a spokesperson for the prosecutor’s office told RFE/RL, adding that statistics on bed occupancy at the mountain centers were not immediately available.

According to the minutes of a meeting of the Supreme Judicial Council in late January, the cost for maintaining the recreation and “training” facilities for employees of the prosecutor’s office in 2020 was more than $3 million.

Atanaska Disheva, a member of the Supreme Judicial Council, told RFE/RL that such expenditures should not be a top priority for the Bulgarian justice system.

“The maintenance of these facilities is not effective,” Disheva said. “It is not bad for magistrates to be able to stay in departmental bases. But their gratuitous acquisition is only conditional because there are a lot of maintenance costs.”

“At the same time, funds for the judicial chamber in Varna have not been allocated for decades,” Disheva said.