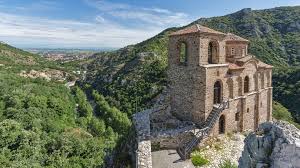 “If the lockdown remains until the end of January, we expect the government to take a decision and allocate BGN 100 million to cover the damage inflicted to tourism by the end of January, because as yesterday the government made a very good decision to help tour operators with BGN 56 million, now it is good time to make a decision for hoteliers and restaurateurs as well, “said for “Before All” talk show Rumen Draganov, President of the Confederation of Bulgarian Tourism Business in connection with winter tourism and the losses of the industry from the anti-epidemic measures.

“We expect BGN 100 million because during the Christmas and New Year holidays alone we will lose BGN 36 million. And we’ve been closed since December, and well be closed in January, most likely.

And a hotel cannot work without functioning restaurant – there is a Tourism Act and an Ordinance on Categorization – the Minister of Health did not take this into account. And the government decided not to compensate the workers in these restaurants – it was not right,” Draganov said emphatically.