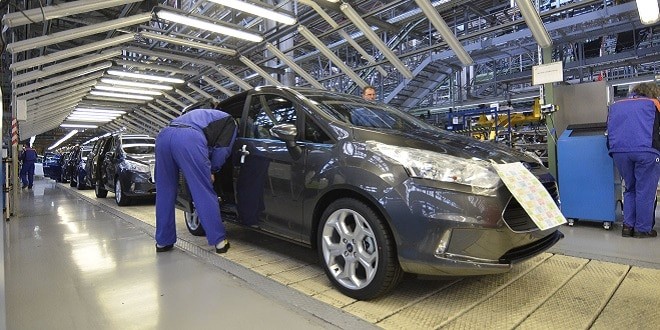 In an interview for BTA, Institute for Market Economics (IME) senior economist Petar Ganev forecasts that in a good-case scenario, if in the summer Bulgaria has made significant progress with the COVID-19 vaccination campaign, thus removing concerns over a new shutdown of the economy in autumn, the country’s GDP could grow by some 3 percent in 2021 and even by 4 to 5 percent in 2022. In a bad-case scenario, a new shutdown, albeit a partial one, in the autumn due to a slow vaccination campaign, emergencies caused by new coronavirus strains or low vaccine efficacy, would continue to suppress the potential of the Bulgarian economy.

According to preliminary data of the National Statistical Institute, last year’s real GDP decreased by 4.2 percent from 2019, Ganev says. He recalls that in mid-2020, the state budget was updated and the Government expected a GDP drop of 3 to slightly over 3 percent in the best-case scenario, while the central bank’s forecast was gloomy: a drop of up to 8 percent.

At the end of 2020, however, most institutions rallied around the expectation of a 4 percent GDP drop. The economist notes that there are worse examples in Europe, with some southern countries hit harder by the pandemic experiencing a 10 percent drop. In his words, the big question is how the economic recovery will look like and whether Bulgaria will manage to create jobs because in most areas the unemployment rate has increased by some 2 percentage points.

According to Ganev, Bulgaria sits relatively well among the EU Member States in the one-year period of living in a pandemic.

This is because, on the one hand, this country was not hit so hard by the first wave of COVID-19 in March-April 2020 and Bulgaria’s industry has not been quarantined, unlike Italy’s; it was rather Bulgarians’ social life that was affected by the restrictive measures. Also, the most dynamic sector in information technologies, as well as digital services, even managed to create jobs and register growth, Ganev adds.

According to various experts’ estimates, the EU Member States have set aside 10 percent of their GDP on average in support of businesses and people affected by the restrictions, Ganev says and notes that in Bulgaria, if the bank moratorium is also taken into view, this percentage could be even higher. He sees this loan repayment moratorium as the most important measure that has allowed a huge monetary resource to not be paid back, thus reducing the liquidity pressure on enterprises and households.

From a macroeconomic point of view, Ganev sees as the Government’s most effective measures the bank moratorium because of the reduced liquidity pressure, the 60/40 job retention scheme because of the reduced flow to employment offices, as well as the liquidity support under operational programs despite these not covering such a significant part of enterprises.

Unlike other countries with huge deficits that took quite bigger anti-crisis measures than Bulgaria’s, the budget of Bulgaria was in very good shape last year, the economist argues. There were surpluses that in late December 2020 the Government let itself spend in one form or another. A deficit was created that this year has been set at around 5,000 million leva, but this is a manageable deficit against the backdrop of the Bulgarian economy and, to some extent, the current crisis. In Ganev’s words, if this country continues to hold the budget’s reins and the economy recovers this year as expected, Bulgaria should very quickly consolidate the framework and get in shape.

He adds that in the coming years, Bulgaria should get a significant financial resource from the EU under the Recovery and Resilience Facility to be used for public investments and support of businesses. A big loan has been taken to cover the 2020 and the 2021 deficits but given the low levels of government debt, Bulgaria’s government debt will remain at a low level towards the end of this year, Ganev forecasts. As a whole, the State is in good shape in terms of budget, he
concludes.