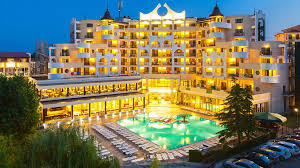 The Bulgarian Hotel and Restaurant Association (BHRA) issued a call on October 25 for clear measures and rules regarding the closing or restricting of activities of hotels, restaurants and bars.

“In order to have predictability for business, albeit in a global pandemic and a dynamically changing environment, we believe it is necessary to adopt clear rules of action so that investors and tourism workers are not ‘surprised at the last minute’ by decisions that result in financial losses,” BHRA said.

“We are adamant that even if the measures taken at the moment are the right ones from the health point of view, they contradict the logic and hierarchy in the country.”

BHRA said that just a few days ago, Health Minister Kostadin Angelov said that at least until Tuesday, restaurants will not be closed, nor their work restricted or new measures imposed.

“At the same time, this is exactly what happened on Friday, through orders from local mayors. In this way, the power to make informed decisions about the measures taken to limit the epidemic, in line with specialists’ expertise, is informally seized from the Ministry of Health and the national operational headquarters.”

BHRA said that it believes that such decisions should be made by the health authorities, after talks with all nationally representative organisations in the sector, so as to achieve a balance between medical requirements and economic factors.

“The inability of institutions to comply with the requirements they have imposed themselves should not be paid for by business.”

BHRA urged Bulgaria’s Cabinet and the health authorities to come up with a position regarding how many positive tests there should be, and over what period of time, before restrictions are imposed on restaurants and hotels, and a rule about when they may resume work.

“That way, the industry will be able to plan its activities, not with orders on Friday night to restrict the work of businesses that have already invested in renting staff, orchestras, organising events, among other things.”

BHRA said that it was proposing measures that it said had been proven to work both in the EU and in Russia, Turkey and other countries.

These included allowing restaurants and bars that are outside hotels, airports, bus stations and railway stations to work at least until midnight. Those which are at accommodation or transport hubs should not have a limit on working hours, it said.

The association said that the requirement for guests in hotels and other accommodation to wear masks or facial shields on the premises, apart from in restaurants, should be dropped.

“This is completely unnecessary, as these guests are checked at reception on check-in. Wearing masks in the hotel does not increase the safety of guests, given all the measures taken in the accommodation to limit the virus,” BHRA said, adding that the current rule created inconvenience for customers.

BHRA called for clarity regarding the upcoming Christmas and New Year holidays, so that reservations made so far, for more than 50 per cent of the capacity of hotels, restaurants and guest houses, could go ahead.

“That is why we propose, as soon as possible, to certify the hotels in our winter resorts according to our proposed rules in addition to the existing ones, which should be discussed so as to ensure both the safety of guests and the unimpeded conduct of the winter season. And places that comply with the relevant rules should have a guarantee that they will not be closed.”

It also sought a guarantee that where accommodation and restaurants complied with the regulations, the state and municipalities would not arbitrarily close them.

BHRA quoted Bulgaria’s Chief State Health Inspector, Associate Professor Angel Kunchev, as saying that the virus does not have working hours “and that is why, he said, the measure to limit the operation of restaurants in the evening, with the exception of nightclubs, does not work and is unnecessary”.

“Given this and the fact that Associate Professor Kunchev is adamant that hotels are the safest industry and the safest in terms of the spread of the virus, we insist on rules to follow that are proven, that will allow us to work and to maintain the industry and the employees, as well as the image of Bulgaria as a safe tourist destination.”

BHRA said that it has more than 3000 representatives of hotels and restaurants, “and the industry provides bread to hundreds of thousands of people and their families”.

It said that the direct contribution of tourism to GDP is in the range of eight to 10 per cent a year, and when calculating the contribution for indirect industries such as construction, agriculture, furniture production, trade, that percentage doubles.

BHRA said that the importance of the tourism sector to the Bulgarian economy was shown by the fact that in spite of all the good measures taken by the Cabinet to retain staff, 30 per cent of all new unemployed in Bulgaria are from the tourism sector.

“The collapse of the industry would lead to economic collapse for entire destinations and regions where tourism is a major livelihood,” BHRA said, reiterating the call that all future measures to limit the pandemic be di