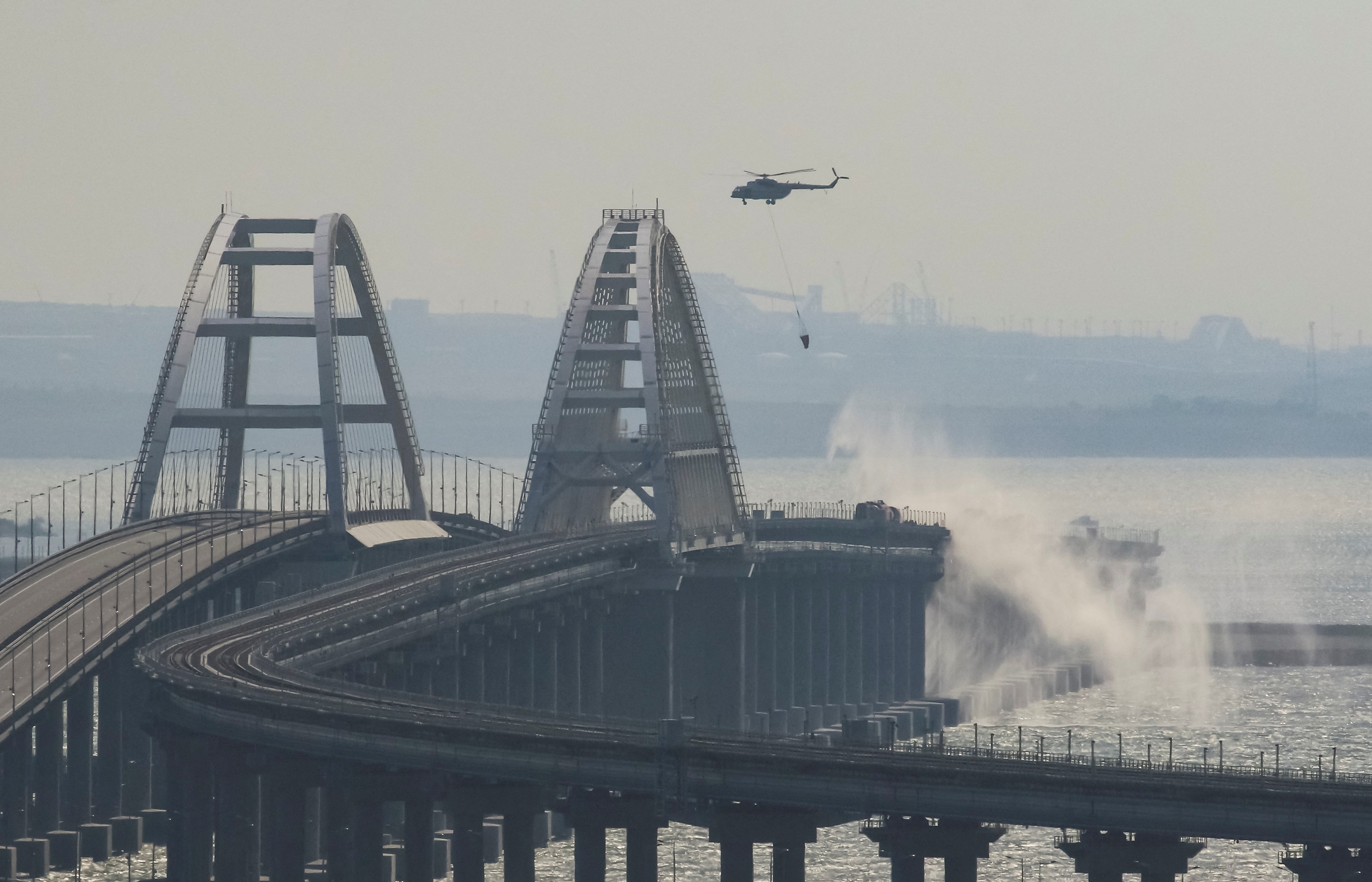 A spokesman for the European Commission said today that there could be no credence in claims by Russian investigative services that the truck that allegedly blew up on Saturday on the Kerch (Crimea) bridge had left Bulgaria and passed through Georgia, Armenia and North Ossetia before arriving in the Krasnodar region (Russia).

“We hear so many messages from Moscow and so-called official places that do not deserve any comment”, the spokesman said at a press conference in response to a question related to the mention of Bulgaria. “We have no way of knowing what happened on Saturday at the bridge, what led to the explosion, what the reasons were. You know the credibility of so many so-called ‘investigations’ in Russia. I wouldn’t give the slightest credence to what they say”, he added.

“I remind you that Crimea is Ukraine, the Kerch bridge is an illegal facility that connects Ukrainian land with Russia without any approval from the legitimate Ukrainian authorities”, the spokesman said.

He added that the EU condemns today’s Russian missile strikes on Ukraine in the strongest possible terms, calling them cruel. According to him, they show that Russia is resorting to indiscriminate strikes on civilian targets – in violation of international law.

The spokesman described the statements of Belarus about threats from the Ukrainian side as false accusations. “These are baseless and ridiculous accusations, completely unacceptable. Ukraine is the victim of an illegal attack. We call on the authorities in Minsk not to bind Belarus to these illegal steps and to immediately stop providing its lands for carrying out strikes on Ukraine”, he pointed out. According to him, any further steps by Belarus in support of the war will not go without a strong European response.