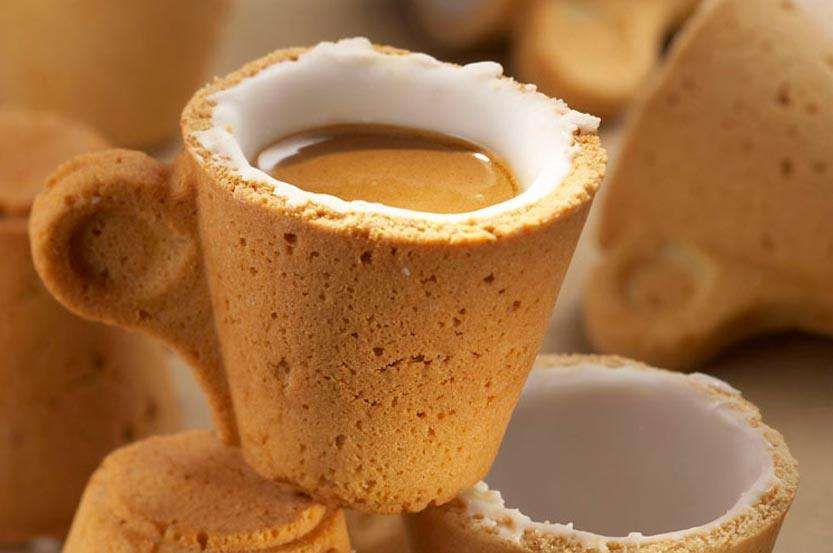 Production of edible biodegradable coffee cups has started in Bulgaria’s Plovdiv and the factory is the first of its kind in Europe.

The innovation is the work of Miroslav Zapryanov from Plovdiv, who made his first attempt to produce edible cups using the stove in his home. It has taken 10 years to walk the path from the idea to its realization. During this period, technology has improved, economic analyzes have been made, investors have been found and a team recruited.

“The production of our cups has two aspects,” Miroslav Zapryanov says. “First, it reduces the generation of carbon dioxide. Compared to plastic cups, we generate three times less. The other main advantage is that not a single drop of drinking water is contaminated. The production technology we use is ours and we have patented it.”

But what are these cups made of and can the consumer be sure that they would not harm their health?

“The cups are made from cereals, all-natural products, so there is no danger to our health. On the contrary – they are actually good for human health. One of the main ingredients is oat bran, all products are natural and they contain no GMOs. We try not to change the taste of the drink, so that you can eat the cup with pleasure.”

Zapryanov adds that in addition to coffee, the cup can be used for all kinds of cold and hot drinks.

About 30 people are employed in the production of this Bulgarian product, but the plan is to create another 70 jobs soon. The capacity is nearly 2.5 million edible cups per month and the idea is reaching  a level of 10 million cups in five years. 95% of the produce is for export. Modern machines are used in the factory and the private investment is expected to be recovered in a period of 5 years.

“Production of plastic cups in the EU has been banned. We have already received the trust of some of the largest customers. We export worldwide and we have entered more than 30 markets on six continents.”

Keeping in mind that it takes more than 400 years for plastic cups to decompose, the environmental effect of producing edible biodegradable cups is clear.